BLOG | Back Where It All Ended 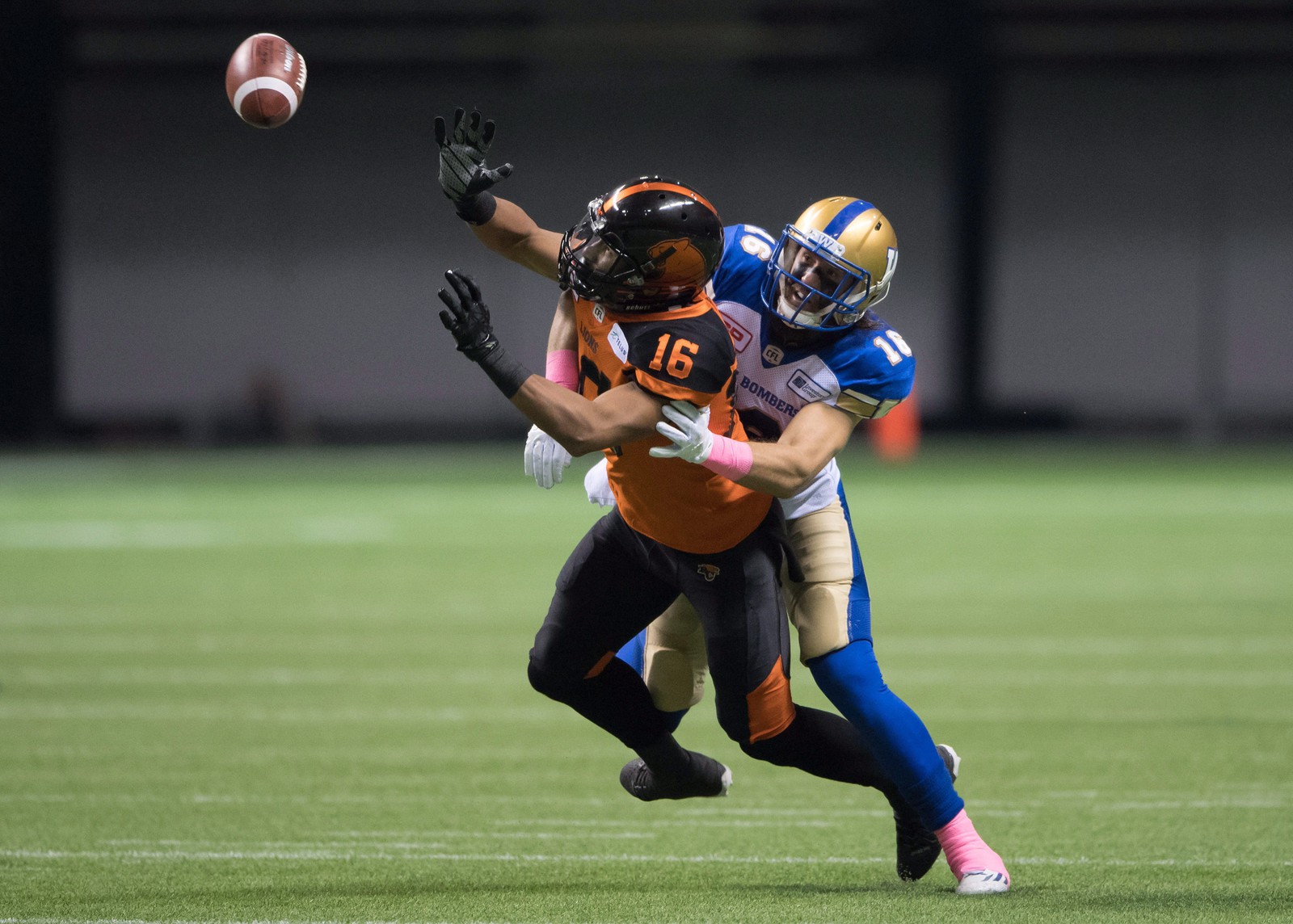 BLOG | Back Where It All Ended

B.C. Lions' Bryan Burnham, left, fails to make the reception as Winnipeg Blue Bombers' Taylor Loffler defends during the first half of a CFL football game in Vancouver, B.C., on Friday October 14, 2016. THE CANADIAN PRESS/Darryl Dyck

On Thursday afternoon, sometime around 4 o’clock, the Blue Bombers will touch down in the city where it all ended last season.

When I brought this up with Coach O’Shea as something that he will likely have to discuss with the local media this week, I was expecting an answer somewhere along the lines of, “Ah, we don’t think about that. That was last year.”

His laser focus on keeping your head forward, and keeping everyone in the organization in line with that focus, is evident daily. But if I didn’t remind him that this talking point was coming, I wouldn’t be doing my job, so I said it anyway.

He looked up from his computer and said, “Well, it’s certainly hard not to think about it, because seeing that game is part of our film study. So we see it as part of preparation.”

Of course, we have talked about it over the winter. And I am also certain when we walk into B.C. Place Friday afternoon, that will be the first thought for some. It will be for me. Just like walking in June of 2012, eight months after losing the 2011 Grey Cup there.

That’s not to say it’s a negative or a motivator, it may be neither, but just returning to a place where a bad memory took place usually makes you think about it, even for a minute. Many players have told me over the winter that the experience we had last season out there will eventually come to help us. 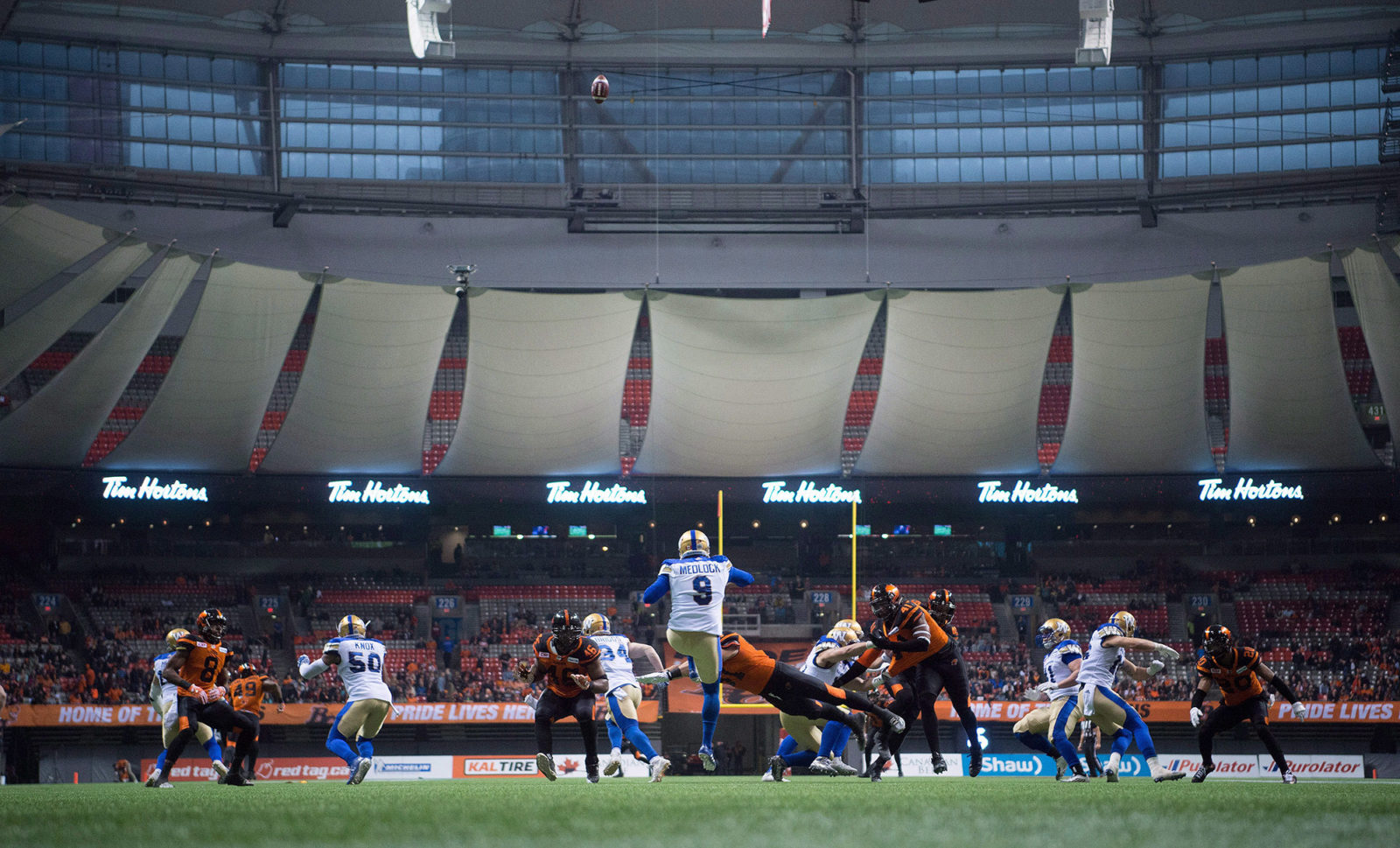 Running back Andrew Harris told reporters this week it still leaves a “sour taste in your mouth,” but proceeded to explain that it’s all in the past. Which it is. But I know that when our team bus rolls through the West Airlock at B.C. Place, down the ramp and into the stadium at field level, the memory of that crushing afternoon last November will return.

The locker room was so silent you could hear guys peeling tape off their equipment. You could hear the footsteps of the media walking from stall to stall. The plane home was a combination of disbelief and extreme disappointment. Having said that, I know those same players have said how excited they are to get back there.

B.C. is a great football team, and our games against them last year were some of the best in the entire CFL in 2016. We see them twice at home in October (Oct 14 and 28). You may not want to see the same road team two home games in a row, but if last season’s games were any indication, fans are in for a real great couple of home games in October. 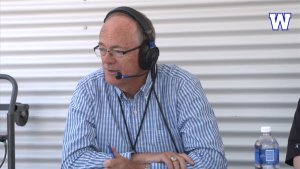 I’m not going to delve too much into this, but before we go, I do just want to send our organization’s thoughts to our play-by-play man, Bob Irving, who will miss Friday’s game while he recovers from a medical procedure this week.

Bob is the Bombers.

His voice is the Bombers.

And he is part of what makes up our historic franchise. Although some of us had known for some time that this news was coming, when word got around our locker room that Bob wasn’t travelling to B.C., I received 11 different text messages from players asking about him. I don’t know how to put that into context other than to say that is a lot of concern for someone we all care deeply about. Bob will be just fine, though. Even a Cadillac needs a tune-up from time to time. We will see you soon, Bob!

Enjoy the game this Friday! The last few at B.C. Place – yes, even the playoff loss – have been entertaining football games, and I am sure this one will be no different.