Jack Jacobs 10th Inductee to the IBAM Ring of Honour 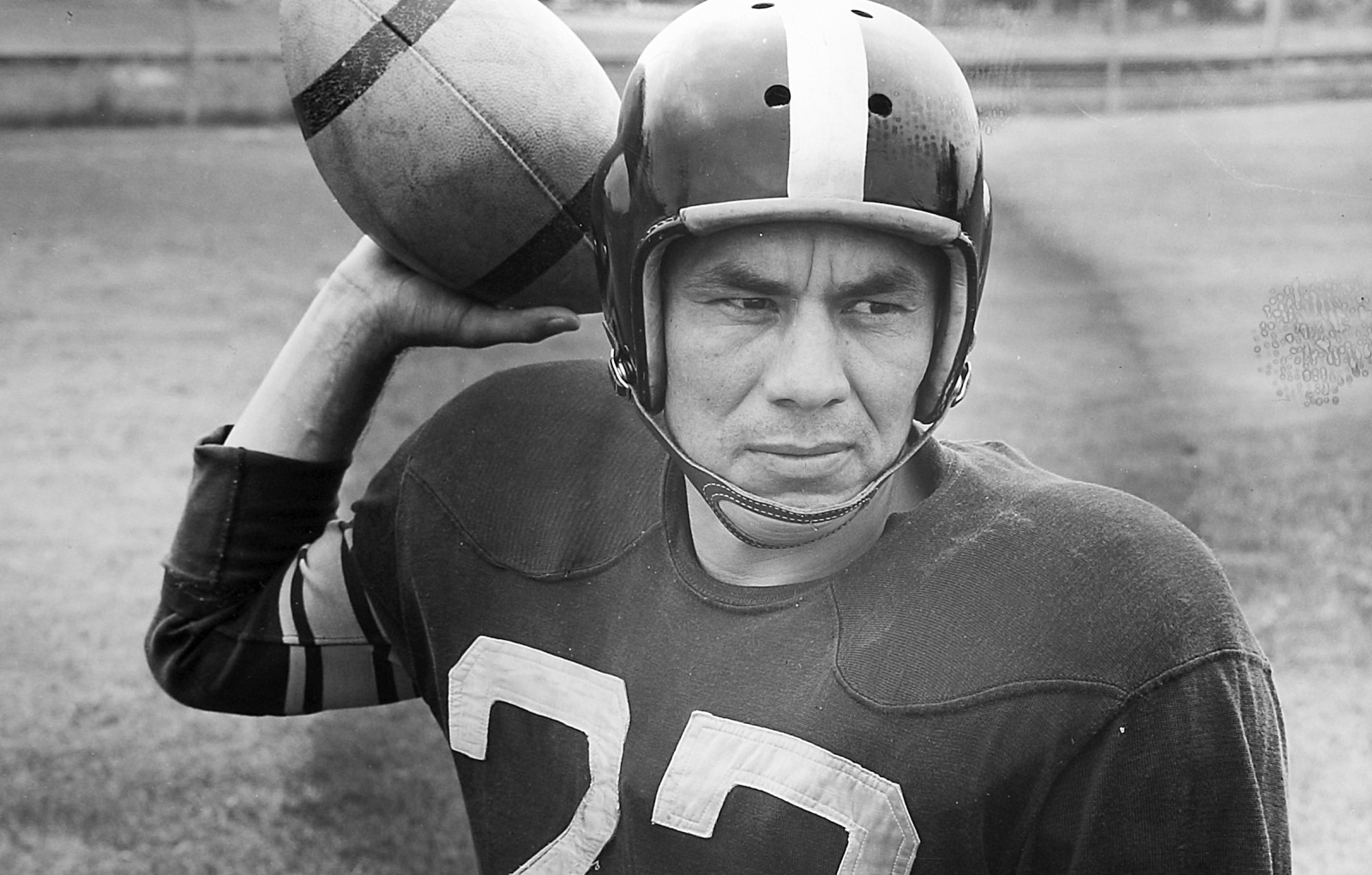 Jack Jacobs 10th Inductee to the IBAM Ring of Honour

WINNIPEG, MB., July 10, 2016 –   The Winnipeg Blue Bombers today announce Jack Jacobs as the tenth inductee to the Ring of Honour presented by the Insurance Brokers of Manitoba (IBAM) at Investors Group Field.

The Bombers went 46-27-3 with Jacobs at the controls, appearing in two Grey Cups (1950 and 1953) but losing both, and by the time he hung up his cleats, Jacobs was both the Bombers and the WIFU’s all-time leading passer.

It was Jacobs’ exploits that helped grow momentum for the construction of Winnipeg Stadium at Polo Park, which opened in 1953. Fittingly, it was dubbed ‘The House that Jack Built.’

“Jack Jacobs revived a football town that had been craving an electrifying player for years,” said President & CEO, Wade Miller. “With Jack’s help, the attendance at home games over his career more than doubled, making the construction of a new, larger stadium possible.”

Jacobs is the only inductee of the 2017 season. One more alumni will be added to the Blue Bombers Ring of Honour every year going forward.