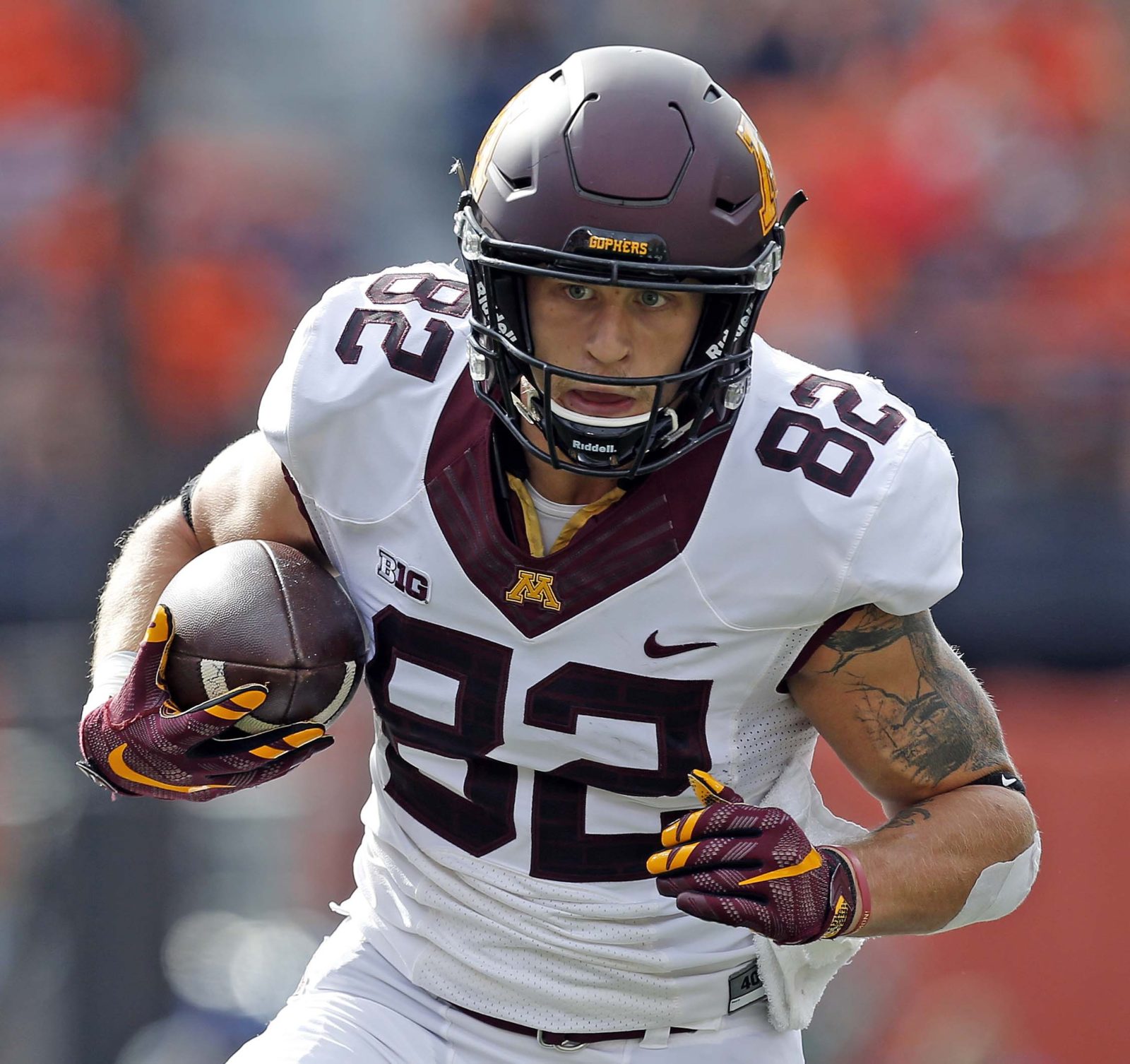 The Winnipeg Blue Bombers have scooped up an intriguing receiver prospect in a Canadian Football League supplemental draft.

The Bombers added Drew Wolitarsky on Tuesday, surrendering one of their third-round selections in the 2018 CFL Draft to grab the University of Minnesota product.

Wolitarsky (6-3, 220) was born in Santa Clarita, California but his mother is from Montreal. After providing proof of Canadian citizenship – as it applies to the CFL’s ratio rule – Wolitarsky was made eligible for a supplemental draft on Tuesday.

The supplemental draft works like a bid process, where each team has the option to select a player by forfeiting a draft choice in the 2018 CFL Draft. The Bombers had two third-round choices in 2018, having acquired the second in last September’s trade that sent Drew Willy to the Toronto Argonauts.

A Golden Gophers team captain last year as a senior, Wolitarsky was named to the All-Big Ten Third Team after pulling in 66 passes for 860 yards and five touchdowns. He was also named to an Academic All-Big Ten in 2016.

He attended the Minnesota Vikings mini-camp last May after not being selected in the NFL Draft, but was not offered a contract.

As a Gophers team captain, Wolitarsky was thrust into the spotlight last December when the university suspended 10 players – he was not one of them –  after a woman alleged being sexually assaulted by team members at a party. Surrounded by teammates, Wolitarsky read a statement to the media protesting the suspension, indicating the team would boycott practicing or playing in advance of the Holiday Bowl.

But when the details of an 80-page report on the investigation was made available to the players, they ended their boycott and lashed out at the university for not being more forthcoming with the reasoning behind the suspension of the 10 players.

Wolitarsky is one of the best receivers in California high-school football history. He set state records for career catches (281) and yards (5,148), surpassing Steve Smith, who played for 16 years in the NFL.

He is also an avid writer, having penned a World War II novella and a six-part fictional series. Read more on Wolitarsky in this DraftSeason.com Q&A.