BLOG | The Road To Here 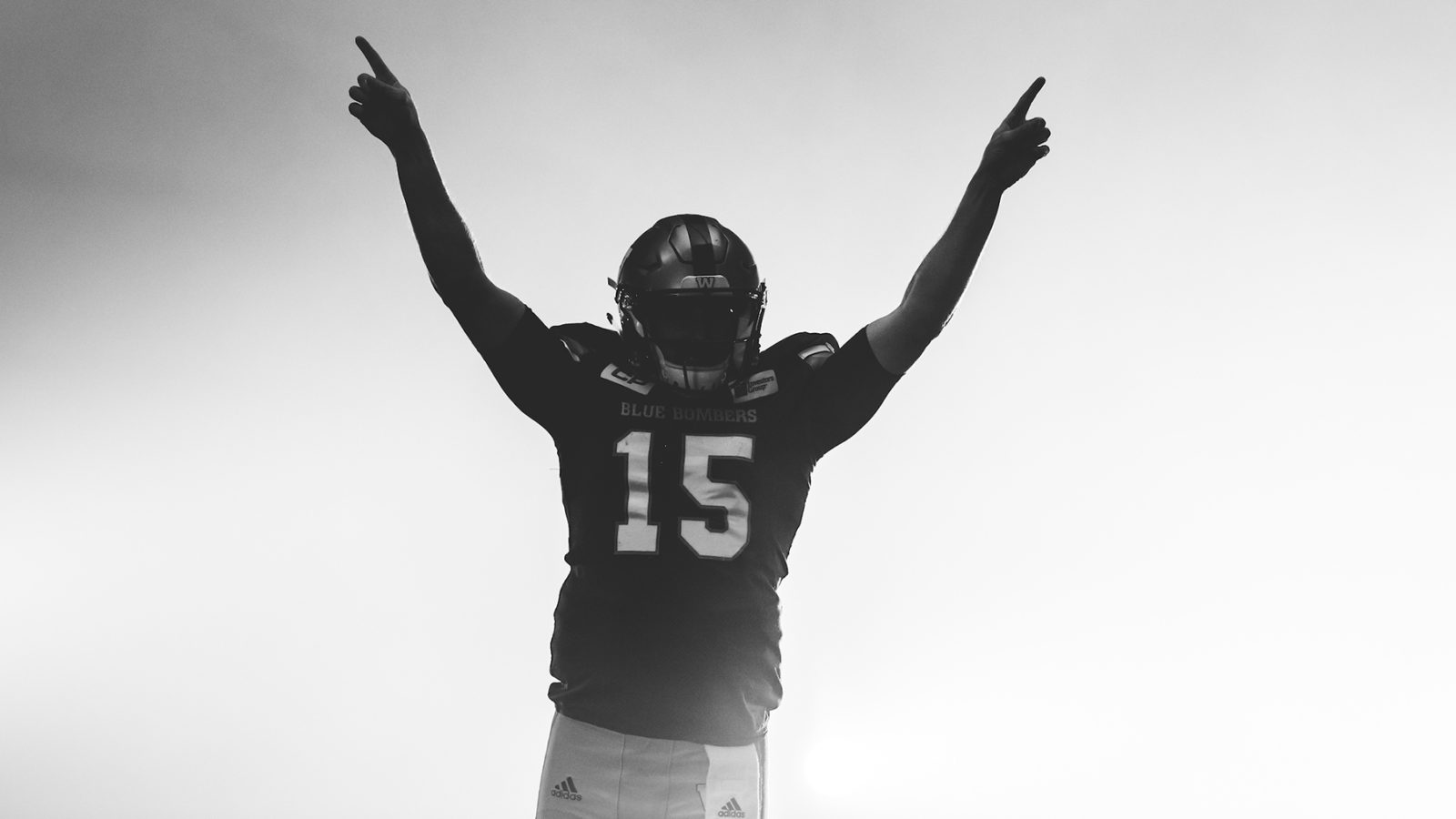 BLOG | The Road To Here

Summer temperatures on a Saturday in late spring greeted Matt Nichols and I as we caught up over a few pints last month. Two guys, two years apart in age, have a lot in common.

We talked about our offseason adventures – he went to Disneyland with his wife and daughter and also took his lovely wife to Mexico – among many other things since we last had a chance to sit down in person back in January. We’ve spent a fair amount of time together; in this job, I work almost daily with the starting QB. This guy signed the richest contract in franchise history, but to someone who doesn’t know him, you’d be hard-pressed to tell whether he was the starting quarterback or one of the team’s support staff.

The sun beat down on us as we talked about anything not work related, but inevitably, the topic came up.

“We’re going to have a squad, man,” he told me, referring to the assembled roster he had watched take shape over the past few weeks in rookie camp. How we fare through the next six months remains to be seen, of course, but the man leading our offence is nothing if not well travelled. 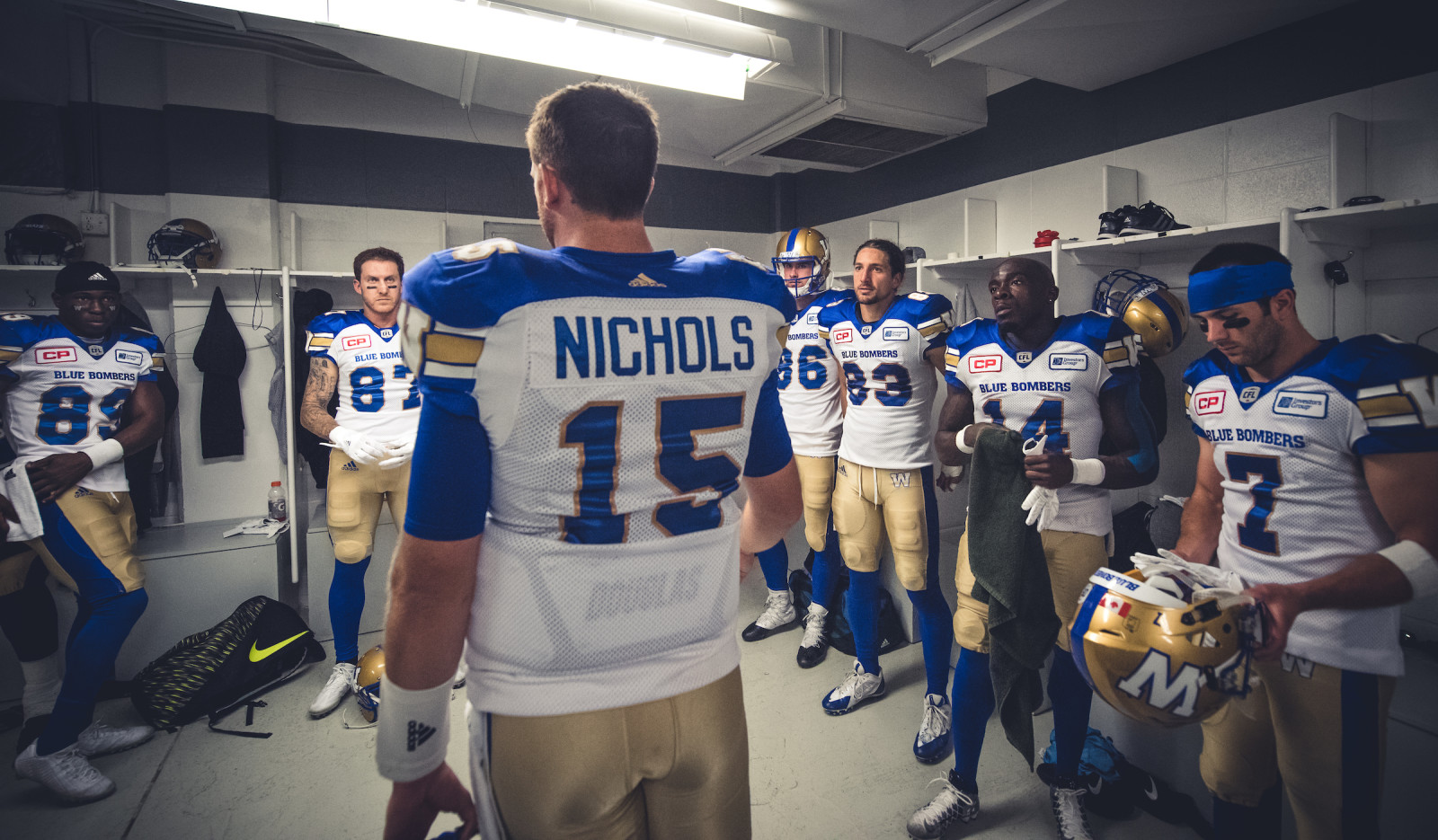 Before arriving in Edmonton in the early fall of 2010, he was having what he thought was a solid training camp with the Dallas Cowboys. That was, of course, until he got a phone call while out to lunch with his family in Oxford, CA, the afternoon before he was scheduled to play against the San Diego Chargers, informing him to bring in his playbook, and that he was being released. His family had flown in for a game the following day that he was no longer going to be a part of. Most of his football past has been well documented in the media, so we won’t rehash it here, but as we know, that was just the beginning.

“Man, I thought we had a championship team here,” he told me as we walked to his season-end press conference last November, a day after his best game as a professional, and a gut-wrenching playoff loss in Vancouver.

Throughout camp, some players have been asked about that loss by the media and whether they still thought about it. A few have asked me how they should answer.

“Tell them the truth. If you don’t think about it, say that. If you do, tell them that,” I have told them. Each guy handles those things differently, and there’s no right or wrong way. But I do know one thing; all of it, big contract included, has driven our quarterback to be even better.

He made a comment when we announced his re-signing to the effects of, “all this does (the contract) is motivate me to be even better.”

“Do you appreciate the position you are in now because of how you got here?” I asked him on that patio.

“Maybe,” he shrugged. “I don’t really think about the past until someone brings it up. Most players struggle financially and professionally at some point, I was no different.” 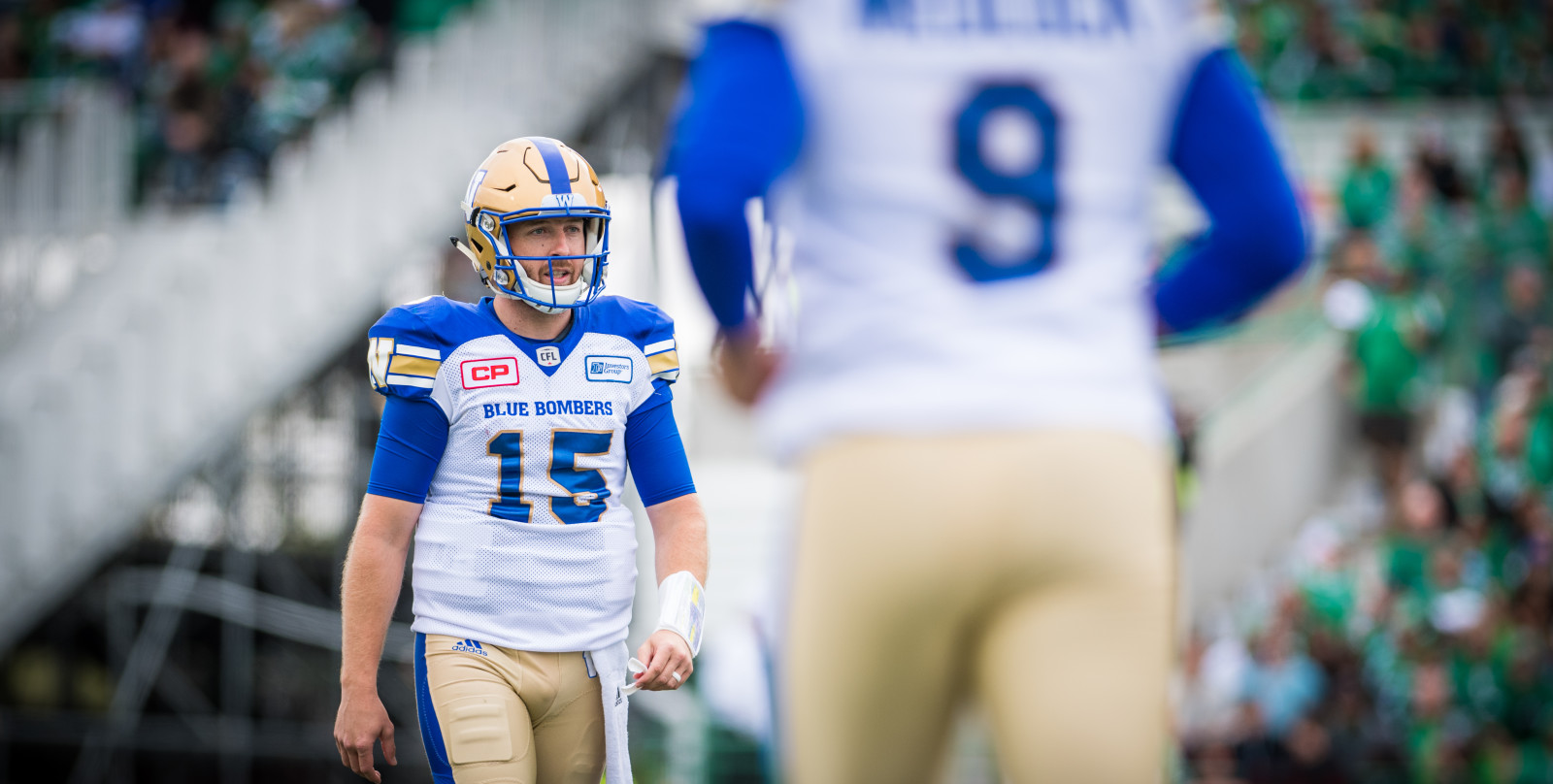 Sure – that is true. Almost every starter in this league has spent time on a practice roster. For Matt, it was in 2010 in Edmonton, where he would go to Mucho Burrito almost daily, buy The Mucho with extra meat, and split it in half. Half for lunch, half for dinner, for a grand total of just over $13.00. When you’re making $500 a week, have a wife, want a family (he has a beautiful daughter and another baby on the way), you do what you have to do to get by.

When I told him I’d be writing about all of this, he replied, “well I don’t want it to be a ‘woe is me’ thing, everyone deals with that.” Of course, but they don’t all end up in his shoes.

Through the years of being told he wasn’t quite good enough (we acquired him for a late round draft pick, and are damn happy we did), the dislocated ankle and the torn ACL, I can personally attest to the type of guy who has come out the other side.

Humble. Professional. Rational. And humble again. You’ve heard the praise some of our league’s stars have heaped on him – specifically Andrew Harris – one of, if not the league’s best running back over the past decade. But as he tells me, it’s his wife Ali who should be getting the credit.

“There were probably a few times there where if I didn’t have her, I would’ve said **** this.” Perhaps it’s the text message she sends two hours prior to every game, whether he is starting or not, with different words of encouragement, sometimes a line from a movie, or sometimes just from her heart.

“She always knows what to say. It makes me realize how lucky I am, but also makes me relax.” 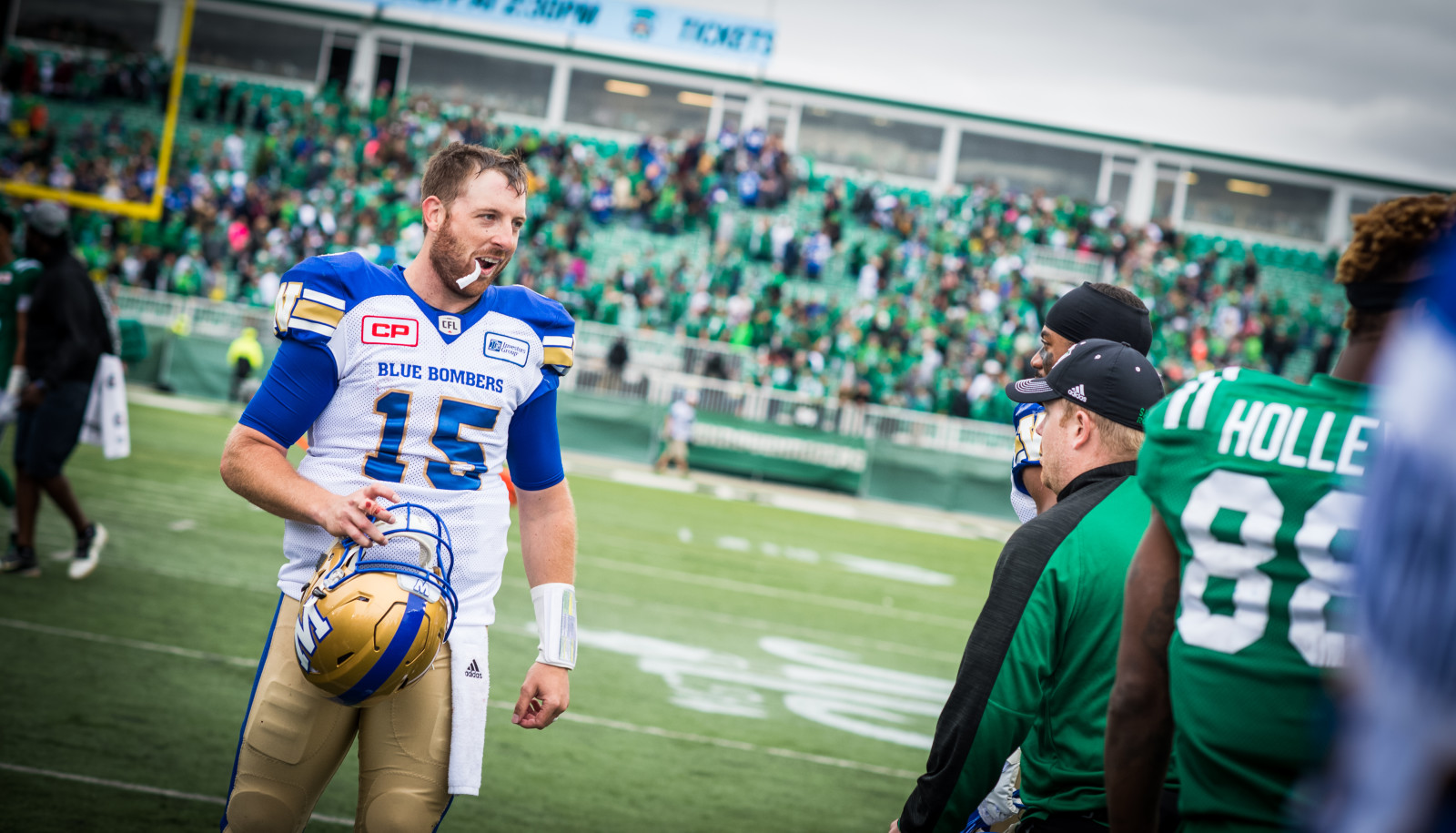 Through the toughest of times, he always told himself that when he found his team, where he was the guy, and financially compensated as such, he would buy himself a Tahoe. Are you frugal, I asked him? “No, but I always think about how I will be when I am 50. I would never want my family to be struggling, so I don’t buy much. I don’t need much,” he said.

Over the course of nine seasons, I’ve worked with probably thousands of players, many of whom you forget were even here, but I’ve also been fortunate to work with the group we have now. Andrew Harris. Weston Dressler. Jamaal Westerman. Sam Hurl. Chad Rempel. Chris Randle. And so on. Hell, I could go on for a while. These guys are pros, pure and simple. And all of this is led by the guy who sits three stalls in from the offensive line corner, usually sporting cut off sleeves and a backwards hat. That’s the leader of our province’s football team.

He’s a Winnipegger, not just in July, but in January. This is his home, and I know that he appreciates Winnipeg, now his year-round residency, as much as we all appreciate him.

As we crossed paths the other morning in the stadium, I asked him about the Tahoe. “I’m getting it. Ali won’t let me forget about it.” He’ll need it for the winter, I told him. After all, he is a Winnipegger.

Talk to you soon,