Geoff Gray | From Bisons to the Pack 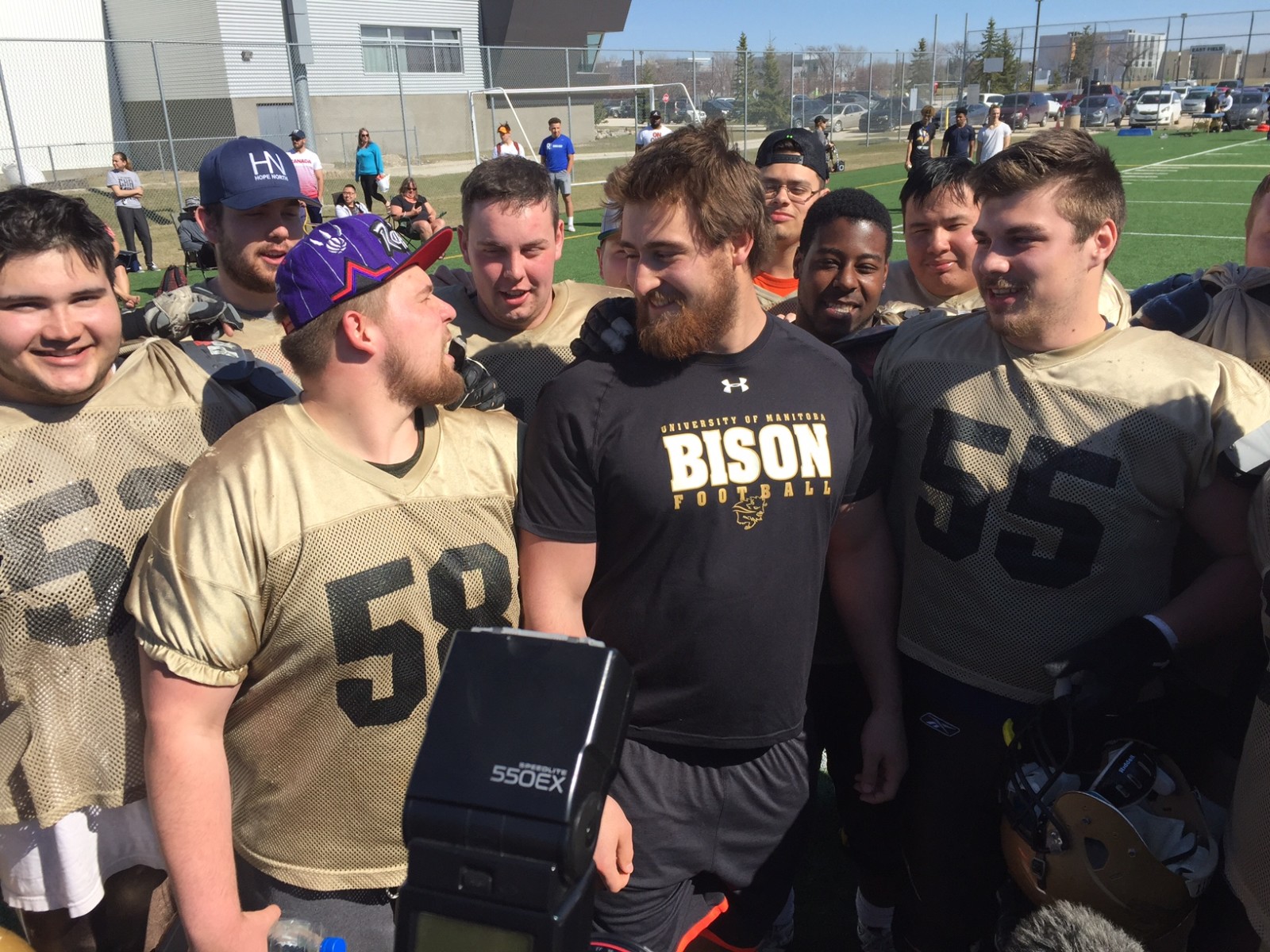 Geoff Gray | From Bisons to the Pack

It wasn’t long after Geoff Gray had scribbled his name onto a contract with the Green Bay Packers that he already had some ideas on how to spend his signing bonus.

The University of Manitoba offensive lineman wasn’t selected in this weekend’s National Football League Draft, but had a handful of teams chasing him as a priority free agent before settling on the Packers.

Trouble is, when it came time to printing out the three-year contract with the Pack – including a $5,000 signing bonus – he was experiencing some technical difficulties.

“My scanner wasn’t really working properly and I was mostly just frustrated, to be honest with you,” said Gray Sunday when asked if signing his first deal was ‘dream-like’. “It was a whole stressful nightmare. Things don’t work out like they do in the movies, I’ll tell you that much.

“I’m going to get a really nice printer that’s reliable. I’ve had far too much trouble over the years with printers that just cause me frustration.”

That’s the engineer in Gray, a solid student at the U of M and in the game of football. Worked out extensively at his pro day earlier this spring by 10 pro teams, including the Winnipeg Blue Bombers, Gray settled on the Packers after being recently invited to Green Bay by the organization.

“At some point teams want answers and it’s a lot to juggle,” said Gray of his decision. “It’s on their schedule, so you have to think fast. I’m happy with the outcome.” 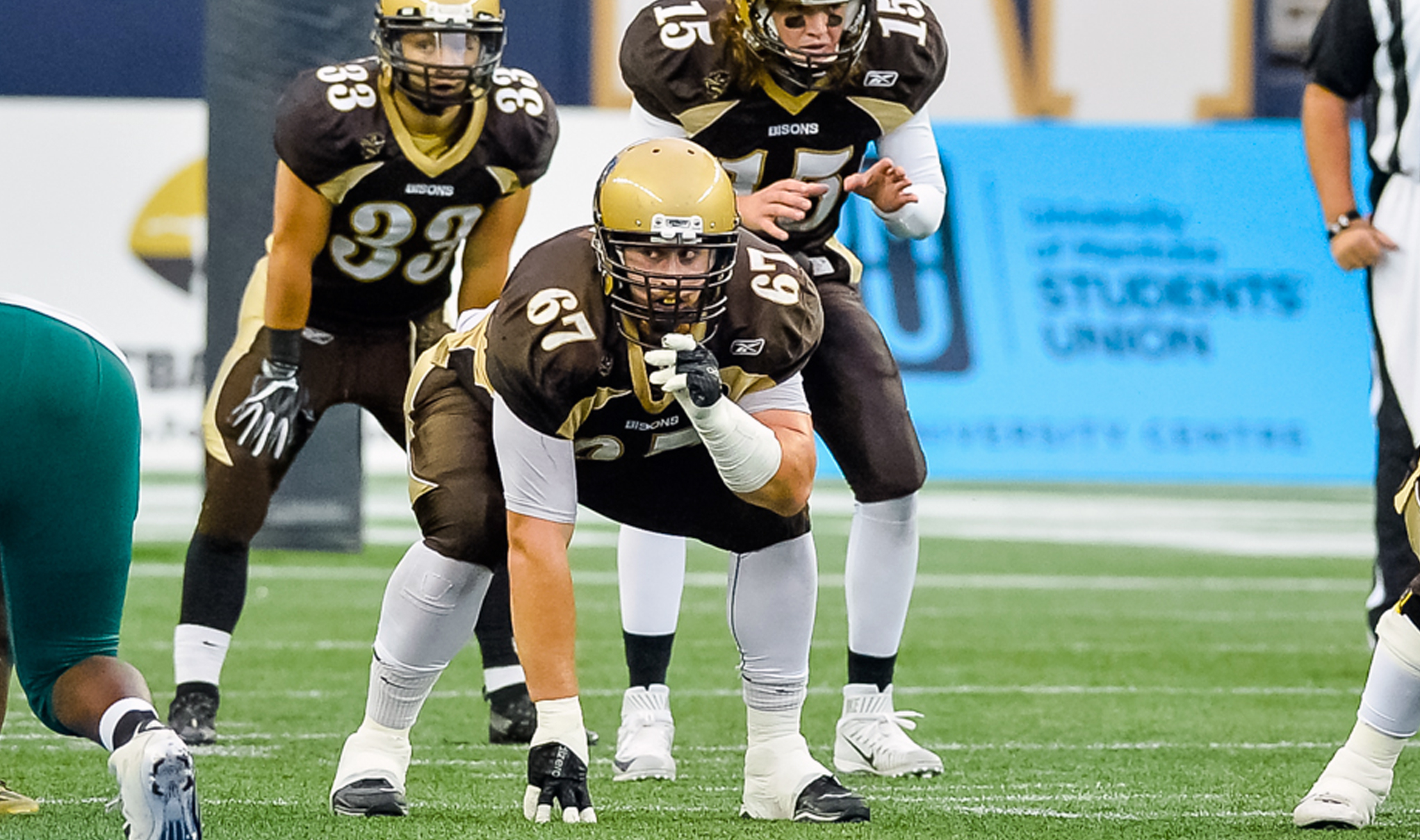 “The big thing was having the visit there, having a good feeling with them, getting to meet the people there. I was just a little more familiar and comfortable with them.”

“Definitely when you’re in free agency and you have the luxury of picking what team you’re going to, you want to pick a team where you feel you have a good chance of making the roster.

“Green Bay did take the interest in me in bringing me in for a visit. I was already more familiar with the (O-line) coach. They’re such a well-established program with a track record of developing players… it’s hard to go wrong.”

Gray’s signing down south, though not unexpected, does significantly impact next week’s CFL Draft. Pegged at third overall in the final CFL Scouting Bureau rankings, Gray’s place in the CFL Draft will surely be affected by his deal with the Packers. Ditto for the top-ranked Justin Senior, a Mississippi State offensive lineman who was drafted by the Seattle Seahawks; second-ranked Eli Ankou, a UCLA defensive tackle who signed a free agent deal with the Houston Texans; sixth-ranked Chirstophe Mulumba, a linebacker at Maine and seventh-ranked receiver Antony Auclair, who both signed with the Tampa Bay Buccaneers.

The Bombers hold the first, sixth, 15th and 23rd picks near the top of next Sunday’s draft and GM Kyle Walters told bluebombers.com about how these signings could impact the selections prior to the opening of the NFL Draft Thursday.

Gray looked to be a potentially intriguing pick for his hometown Bombers, especially with the club owning two first-round picks. But there is also a significant risk now that he might not ever take a snap in a three-down game.

Interestingly, Gray’s first experience with the American football game was at the East-West Shrine Game in January, and his handiwork there really helped put him on NFL teams’ radar screens.

Gray will attend Packers rookie mini-camp this week and then prepare for main training camp this summer.

“It’s just continuing to build on what I learned down there and taking the coaching,” said Gray on making the adjustment. “No college player is going to be at that level technically. As you get to a higher level, even if you are a technically-sound player in college, just playing against better level players is going to drive that up.”

Gray is the second Bison in as many years to land an NFL opportunity after defensive tackle David Onyemata was drafted by the New Orleans Saints last year.

He was welcomed to Bisons spring practice by head coach Brian Dobie on Sunday, who took a moment beforehand to address his team and honour Gray in a mini-celebration.

Gray was then mobbed by some of his old teammates with the Herd.

Asked what the Packers might have seen in Gray, Dobie was effusive in his praise.

“I’m sure they can coach that up, they’re pretty good at what they do.”