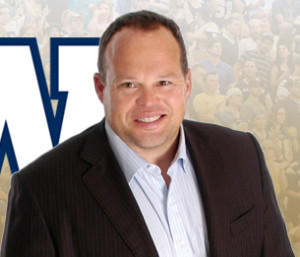 Wade Miller was born and raised in Winnipeg, playing his high school ball at Sturgeon before suiting up as a linebacker with the University of Manitoba Bisons while also being a member of the school’s wrestling team.  A two-time Canada West All-Star with the Bisons (1993, 1994) and a CIAU All-Star in 1994, Miller was drafted by the Bombers in the fourth round (37th) overall in 1995.

Miller went on to play 11 seasons in the CFL with the Bombers and upon retirement in 2006, held the CFL’s all-time record for special teams tackles with 184, a record that was surpassed in 2016 by Jason Arakgi of the B.C. Lions.

Miller co-founded Pinnacle Staffing and Elite Sports Injury and Elite Performance, and in August of 2013, he was named the Winnipeg Football Club’s President and CEO. His father, Al Miller, played for both the Washington Redskins and the Bombers (1965-67).