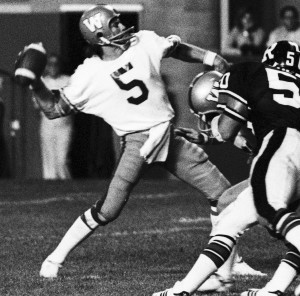 He was ‘The Birmingham Rifle’ and man, oh man, could Ralph/Dieter Brock sling it. By the time he left the CFL for the Los Angeles Rams, he was the second-leading passer in three-down history and, to this day, remains the Bombers all-time leader in passing yards and touchdowns. He is also the only Bombers player to have captured the CFL’s Most Outstanding Player Award twice, in back-to-back seasons in 1989-81.