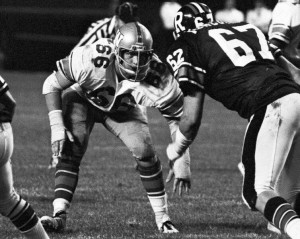 Haywood Eugene ‘Butch’ Norman came to the Bombers in 1974, one year after helping the Alabama Crimson Tide win a national championship. He was steady as a rock during his days as a Bomber, twice named a CFL All-Star, and after retirement stayed active in football as an assistant and then head coach at his old school in Luverne, Alabama. He retired in 2002 with an 80-46 record, never missing the playoffs in 10 years as a head coach, seven regional titles and one Class 3A state championship.