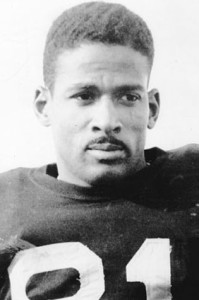 Those privileged enough to have seen him play raved about Tom ‘Citation’ Casey’s athletic gifts as a running back, defensive back and punter. He was a Western Inter-Provincial Football Union all-star in each year he played for the Bombers and was the first Black player inducted into the Canadian Football Hall of Fame in 1964.

But Casey was just as giving off the field, coaching high school girls’ basketball while studying to become a doctor. In 1956, he was named Winnipeg’s ‘Citizen of the Year.’