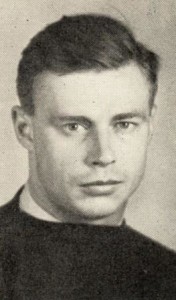 Greg Kabat was already a noted star in Wisconsin before he joined the Winnipeg Football Club in 1933, having captained the University of Wisconsin football team in 1932 and being the first player in school history to be a three-time first-team All-Big Ten selection while also being named an All-American in the discus. Kabat could play a number of positions – he was a West all-star at flying wing in 1938, at guard in 1939 and at quarterback in 1940. He doubled as a line coach in his first season with Winnipeg. He helped the ‘Winnipegs’ become the first western team to capture the Grey Cup in 1935 and then again in 1939.

After retiring, he coached at the high school level before becoming the head coach with the UBC Thunderbirds.