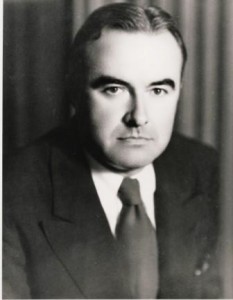 Member of the Canadian Football Hall of Fame (Inducted in 1969)

Arthur Uniacke Chipman was born and raised in Winnipeg and active in business and the community. He played tennis, cricket, golf and hockey and was part of the 1943 Winnipeg Rangers Junior Hockey Club that won the Memorial Cup.

He was the President of the Bombers for four years and later served as President of the Canadian Rugby Union, the forerunner of the Canadian Football League. Chipman played a key role in the establishment of the Schenley Most Outstanding Player Awards, and was part of the group that brought the original Winnipeg Goldeyes to town. He also served as President of the Assiniboia Downs Turf Club and was a director for the 1967 Pan American Games. He is a member of both the Canadian Football and Winnipeg Football Halls of Fame as well as the Manitoba Hockey Hall of Fame. In 1960, he was honoured with the Manitoba Golden Boy Award for his service to the province.