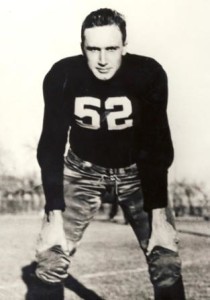 The Bombers have long had success harvesting talent from the U.S. Midwest, from the likes of Fritz Hanson to the legendary Ken Ploen. Stevenson came to the Bombers after starring at Hastings College in Nebraska and made an immediate impact as an all-star. Stevenson did a bit of everything as a halfback, flying wing, quarterback and kicker, so much so that he was the West Division’s leading scorer in 1941. Stevenson appeared in four Grey Cups in his five years with the Bombers, and kicked the winning points in a win over Ottawa in the 1939 championship.