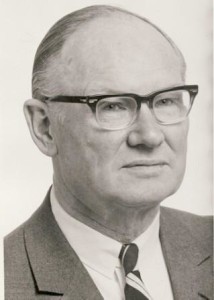 Andrew ‘Red’ Currie played the game – he suited up with St. John’s College, the University of Manitoba, Regina Pats, Regina Roughriders and the Winnipeg Pegs – from 1925-33 before helping the game immensely at the executive level.

He organized the formation of the Manitoba Officials’ Association and did the same later in B.C. He was the chairman of the committee that rewrote the Canadian Football League’s Rule Book in 1965. He also coached, leading the Daniel MacIntyre Maroons to four consecutive high school championships and served as an official.