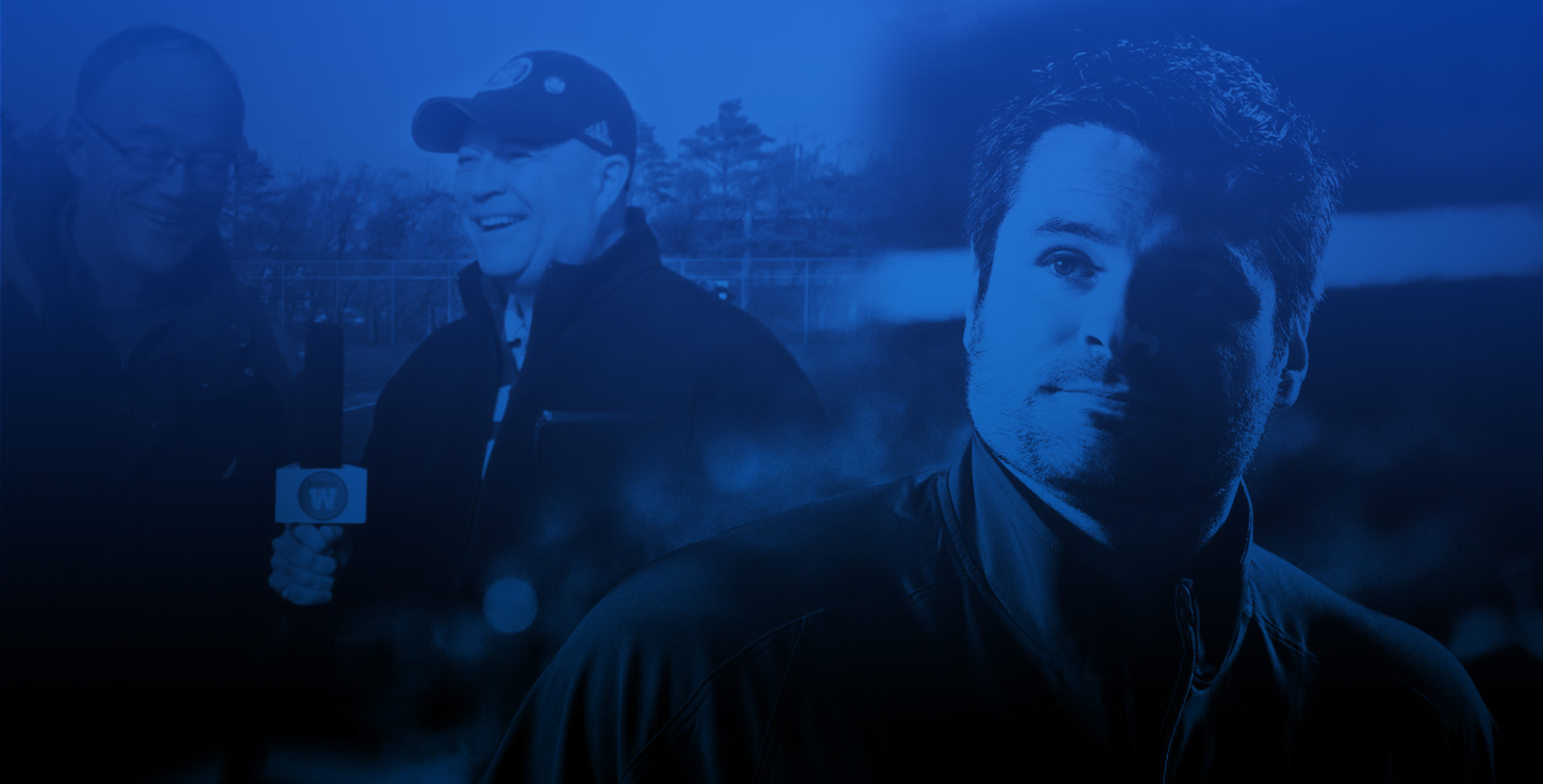 Ed Tait is a Hall of Fame football writer.

Not many people can say that, and rightfully so. Although there are many knowledgeable football reporters out there, few are as respected, and simply put, just good people, as Eddie Tait. He’d brush this off if we were talking in person, and he’d be the first to place all of the praise on the people around him (which is why he doesn’t know this blog is all about him). But that’s exactly what makes Ed such a great coworker, writer, and friend. It’s crazy to think that it has been almost a year since the organization adopted a model used by almost every NFL team, many NHL teams, and now three CFL clubs: hiring a beat writer for their website.

Though it has paid off in dividends, I think we (Coach O’Shea, GM Kyle Walters and myself) were all a bit apprehensive at first. I knew that football guys like Mike and Kyle would have a bit of a difficult time adjusting to this new process, and in speaking with a few friends who have worked through this scenario in the NFL, I had a good idea of the challenges we would face early on.

Yes, Ed works for the team. He travels on the plane. He stays in the team hotel. The players know him, and so does the Head Coach. But this close proximity can make things tricky when you have to write critically about the team. 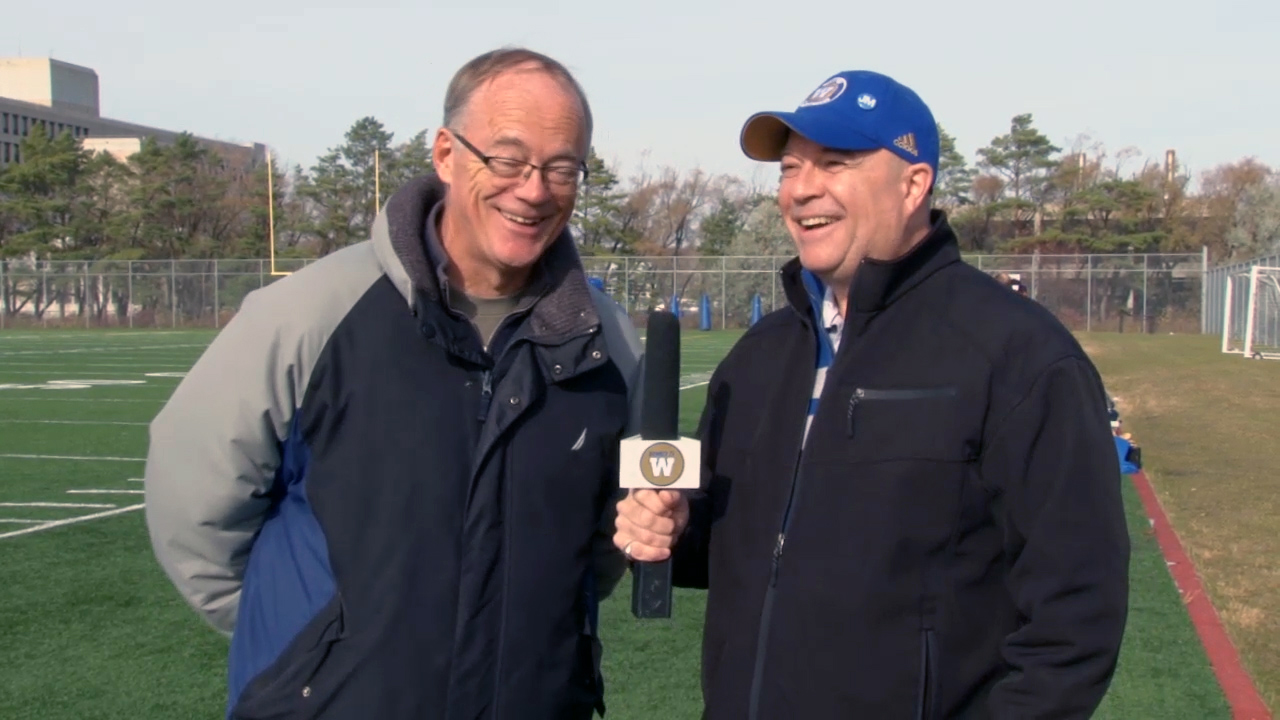 Contrary to what many may think, Ed doesn’t wander around the building, knocking on doors and interviewing anyone he wants at any time. He sends in interview requests, just like any other member of the media. Yes, he does sometimes get access to certain information or interviews that maybe others wouldn’t. But while he writes critically for our website, he is a familiar and likeable person that the players feel comfortable with.

That’s not to say we haven’t had some obstacles – multiple players and our Head Coach have taken issue with some things posted on our website over the past year. They come to me with the concern, and we address it as best we can.

Sometimes, and I was told this would happen, players and coaches need to understand that just because it’s on bluebombers.com, it doesn’t mean that it can’t be critical. A team website that writes nothing but rainbows and butterflies stories after a rough game wouldn’t be doing its fans justice, and just like he did as a newspaper writer, Ed writes the facts and doesn’t sugarcoat things, sometimes resorting to writing eloquently about a pile of manure (hey, it happens).

He writes now just like he did when he was at the paper; nothing has changed in that regard. When he worked for the newspaper, he was the best sports writer. And now, we’re lucky enough that he writes for bluebombers.com. We’re not the only ones to think so – our website numbers have skyrocketed in the last year, in large part due to Ed’s writing.

Website page views have increased by 323% and we’ve broken the one million-page view mark since Ed started on April 29th of last year.

Great job on the series ‘Blue By the Numbers’ @EdTaitWFC. As a younger fan, it was nice to read about the history of the @Wpg_BlueBombers.

However, there are many positives (outside of pure website traffic) to having our own in-house web writer, who just happens to be a member of the Football Reporters of Canada Media Wing at the Canadian Football Hall of Fame and on the Media Roll of Honour with the Manitoba Sportswriters & Sportscasters Association.

Example? When Tori Gurley was brought in late last year, he arrived amidst a cloud of criticism questioning his attitude and his departure from Toronto. Tori wanted to clear this up, but wanted to make sure it was done in a manner in which he could express himself properly in his own words. So he sat down in my office with Ed and told his story, explaining it all. Ed asked all of the same questions that were posed again the following day when he met with the local media. But I believe it put Tori at ease speaking with just one person to start, and it allowed him to express himself more freely.

But maybe just as important as increased website traffic if not even more so, is Ed’s rich knowledge of the CFL and of our organization’s history.

A few weeks ago, he sat down with Coach O’Shea for a piece that will run next week, and he rattled off stories about the history of the league and the not-so-glorious days of the late 90’s as if he was reading from a manual. Not only is he the best football writer in Canada, he’s likely the most knowledgeable about our great game.

Since our organization settled down with a permanent CEO, GM, and Head Coach, I believe we have made significant strides in many areas, and many very solid acquisitions. The hiring of Ed Tait ranks right up there as one of the best.