South to North | QBs that have ventured over the border 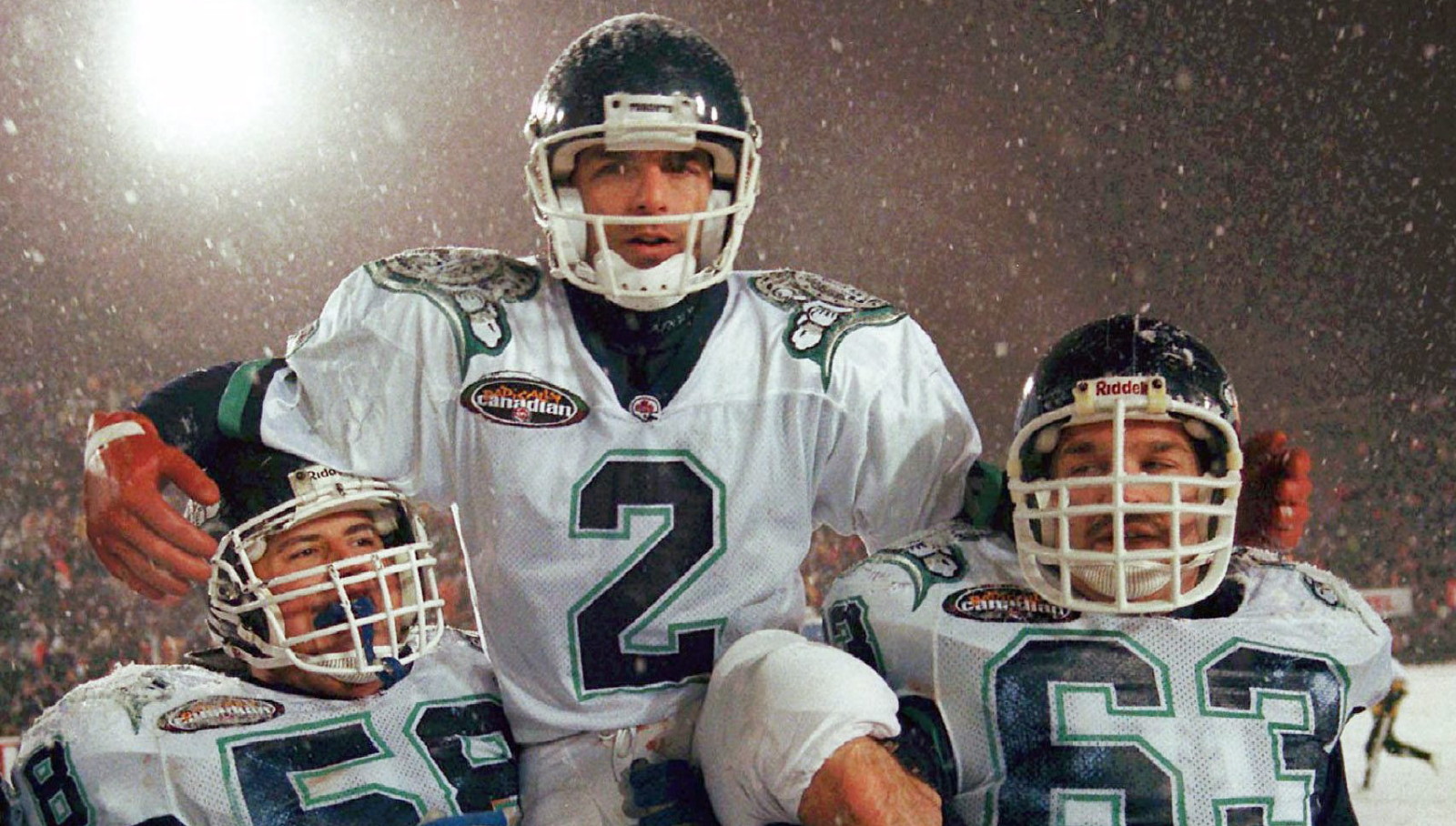 South to North | QBs that have ventured over the border

Two names invariably come up whenever an ex-National Football League quarterback ventures across the border into three-down territory: Doug Flutie and Vince Ferragamo.

They represent opposite ends on the success meter, what with Flutie a six-time winner of the Most Outstanding Player Award during his days with the B.C. Lions, Calgary Stampeders and Toronto Argonauts, and Ferragamo completely flaming out in just one season with the Montreal Alouettes.

We bring this up because the Saskatchewan Roughriders’ introduction of Vince Young at a televised press conference had the entire Canadian Football League buzzing on Thursday.

And with good reason. 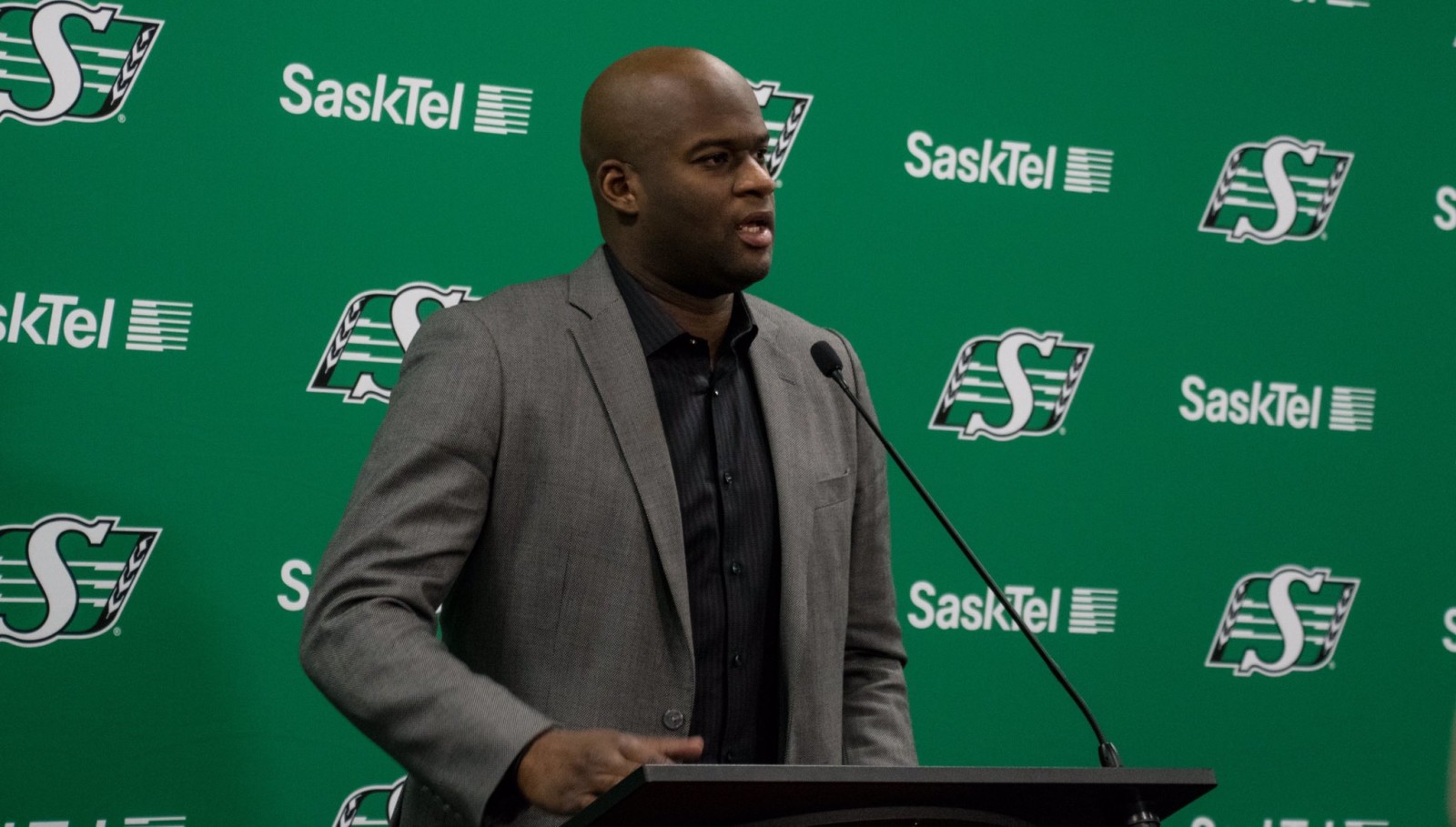 A former first-round draft pick of the Tennessee Titans and national champion during his dominant days at the University of Texas, Young’s signing is the kind of move that draws attention across the football map.

To his credit, Young said all the right things at his press conference; things like respecting the game, his need to learn the nuances that make the CFL different, and for putting his head down and grinding between now and the opening of the season.

Over and over again, Young, now 33, spoke about the opportunity the Riders were affording him after he unofficially retired from the game in 2014 following his release by the Cleveland Browns, and with a 31-19 career record as a starter in the NFL.

The Winnipeg Blue Bombers will play a part in how quickly Young transitions to the CFL, potentially facing him in the preseason and then again on Canada Day as part of four meetings with the Roughriders, including the Labour Day Classic/Banjo Bowl doubleheader.

But back to Flutie and Ferragamo as reference points…

Bomber fans know all too well how successful Flutie was during his days in the CFL. He out-duelled Matt Dunigan to lead the Stamps to the 1992 Grey Cup and regularly used the Bombers as his own chew toy.

And Ferragamo? That’s a different story.

A star at the University of Nebraska, Ferragamo was a fourth-round draft pick of the Los Angeles Rams in 1977. But a contract dispute less than a year after leading the Rams to a near upset of the Pittsburgh Steelers in Super Bowl XIV– and a big $600,000 contract offer from Alouettes owner Nelson Skalbania – brought Ferragamo north along with other NFLers like receivers Billy ‘White Shoes’ Johnson, James Scott and first-round draft pick David Overstreet.

Ferragamo struggled in his lone CFL season, throwing just seven touchdowns against 25 interceptions with a quarterback rating of just 47.7, and was benched after 13 games.

His lone visit to Winnipeg came on August 8, 1981 and, intrigued by all the hype, some 32,896 jammed into Winnipeg Stadium to watch Ferragamo & Co. 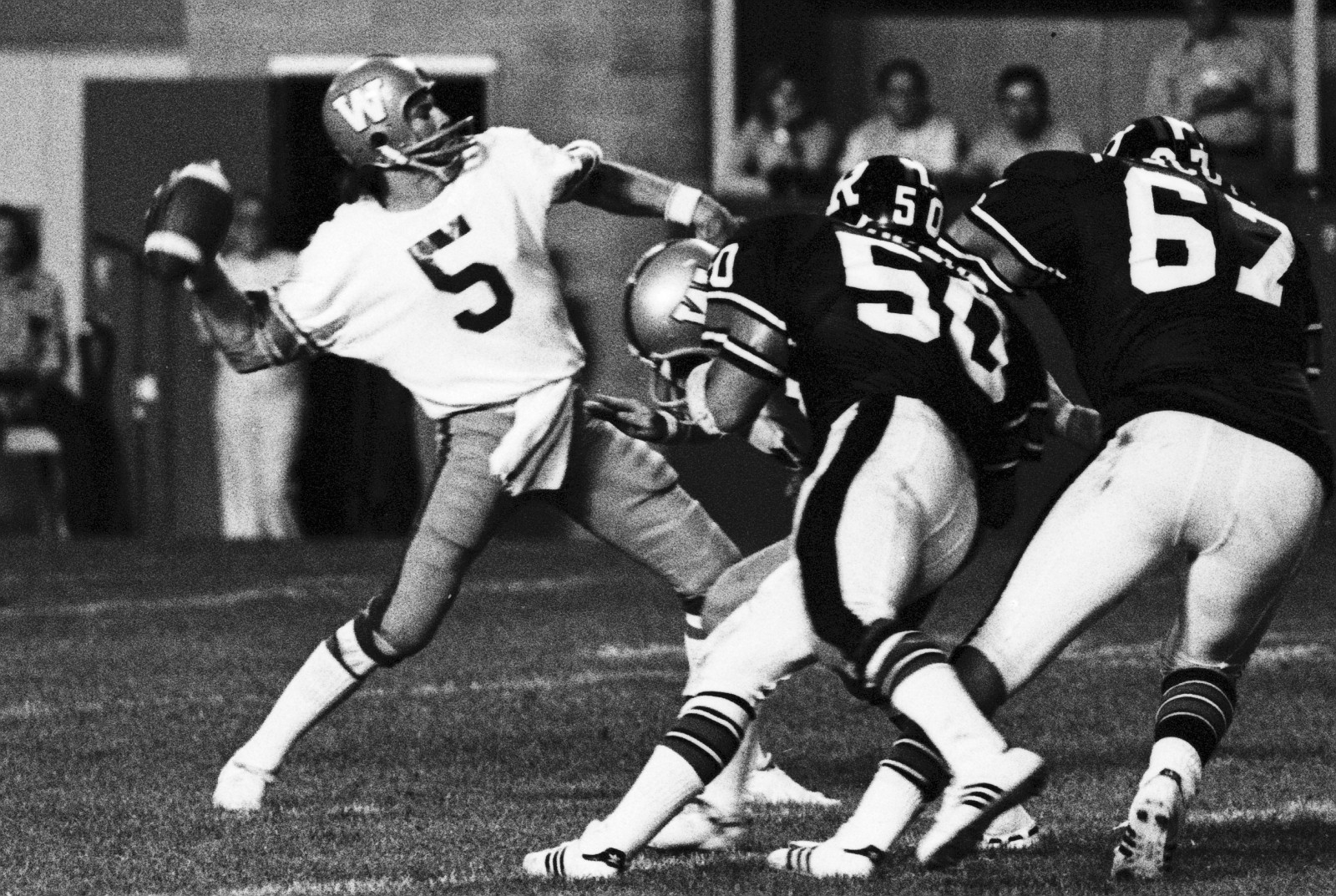 What they witnessed was an evisceration of the Alouettes in a 58-2 Bomber win that saw Ferragamo go just 11 of 29 for 97 yards with zero touchdowns and two interceptions. Dieter Brock, his counterpart at the Bomber controls, finished 20 of 31 for 304 yards with four TDs and two picks (Ironically, it was Brock who would replace Ferragamo as the Rams starter four years later).

“I remember the game and the year Vince came up there,” said Brock when reached by bluebombers.com Thursday afternoon. “It’s different for a guy who first comes up after playing in the States. But if you’ve got the talent and there is a good system for the guy then he can be successful. I just don’t know if Vince had a good system in Montreal.

“Flutie was just so different because of his ability to move around… he made a lot of big plays because of that. It’s a quicker, faster-paced game. If you’re a drop-back passer in the CFL, there’s a lot of long throws to the wide field. You’ve got to have a pretty dang good arm to do that. A lot of guys like to throw off the half roll or sprint out.

“We’ll see… I haven’t seen Vincent Young play in a while. That might be the hardest part right there. I can’t say he won’t do it, but it’s one thing if you’ve been playing, but if you haven’t been playing and you’re thrown into that, it’s going to be tougher.

“I’m sure they signed him knowing he was in shape and could still get it done. But again, the bottom line is having a good system for him so that he totally understands what’s going on.”

All of this partly explains why Young’s signing in Saskatchewan has been called everything from an intriguing addition, to an experiment, a publicity stunt, and a Hail Mary.

Quarterbacks like Warren Moon, Joe Theismann, Joe Kapp and Jeff Garcia have successfully used the CFL as a springboard to opening doors in the NFL. Tobin Rote had 10 years in the NFL under his belt when he joined the Argos in 1960 and then, upon his return to the NFL, was the AFL’s MVP with the San Diego Chargers in 1963.

Others, like Jack Jacobs in the early 1950s, found the CFL gave them the opportunity to play the position they wanted to play – quarterback – and not be converted to other spots on the field. And in the case of Jim Zorn here in Winnipeg in 1986 – he threw just 25 passes in nine games that year before leaving the team – he arrived here on the back nine of his career and had little left in the tank upon his return to the NFL.

“Just because you’ve been a good player down here doesn’t mean you’re going to go up there and be better than the best players in the league now,” said Brock. “There’s some pretty good quarterbacks in the CFL right now and I’m not sure anybody down here can do better than a CFL starter right now. You’ve got to put the work in, like anything else.

“I tell you what, though, I can’t wait for the season to start.”

Young’s first task is to study up on the CFL – he referred to the field being 120 yards long at one point on Thursday – but he hit on all the right points in terms of respecting the game and earning his place.

It’s a low-risk move for the Riders. If he still has game, he’s got the physical tools to be dominant. And if he doesn’t, if nothing else the club was able to generate some hype in early March.

The Riders and their fans have their fingers crossed. The rest of the CFL, meanwhile, is watching with curiosity and a question: will Vince Young be more Flutie or Ferragamo or somewhere in between?