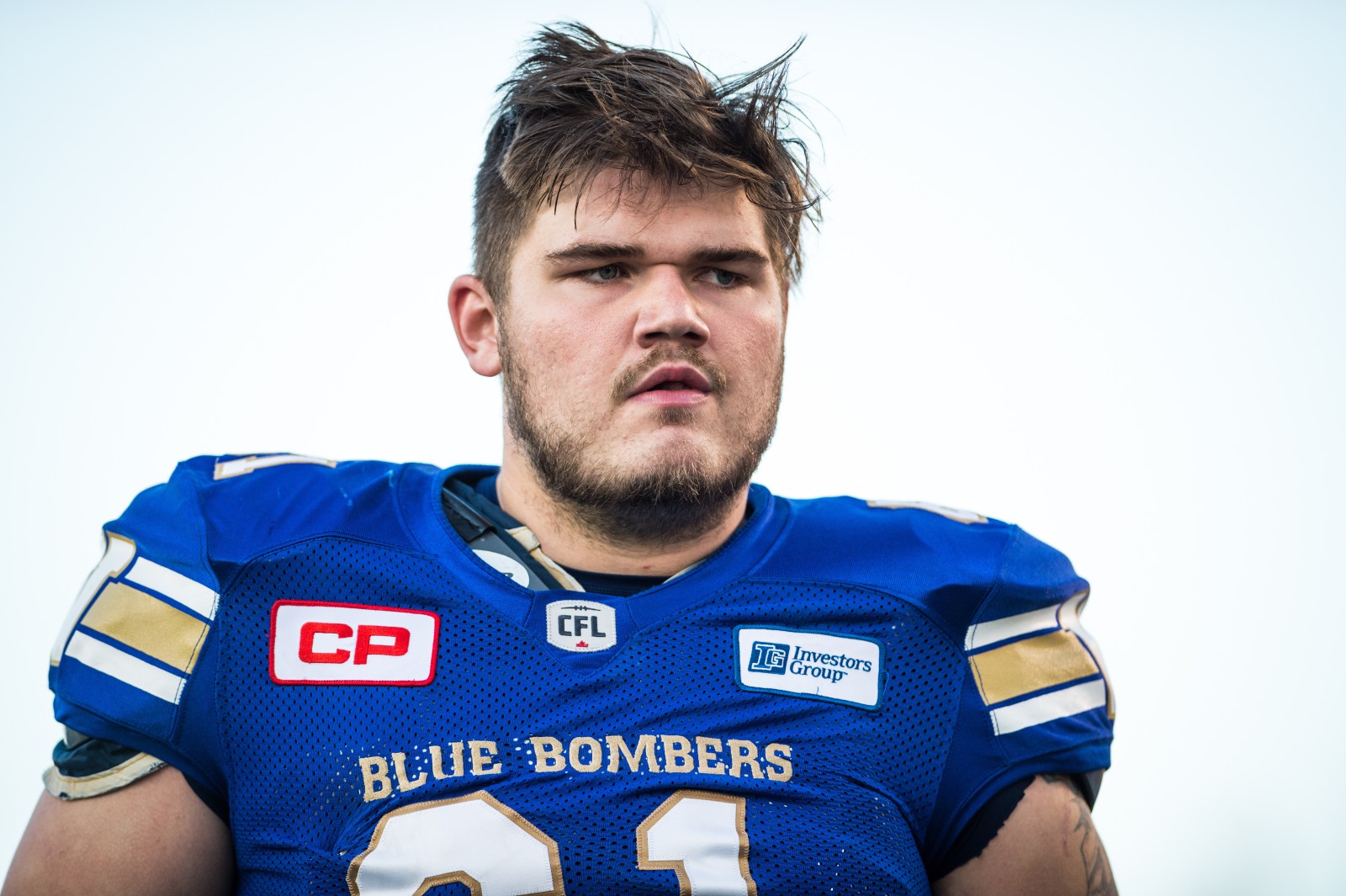 Matthias Goossen (61) of the Winnipeg Blue Bombers during the pre-season game at TD Place in Ottawa, ON on Monday June 13, 2016. (Photo: Johany Jutras)

WINNIPEG, MB., December 20, 2016 –   The Winnipeg Blue Bombers name offensive lineman Matthias Goossen as the 2016 recipient of the Ed Kotowich Good Guy Award. The award celebrates a player who shows excellence in football ability, team camaraderie, and effort in the community.

Goossen dedicated more than 115 hours to the community in 2016 as a player ambassador and presenter for the Blue Bombers Care programs, including: Break the Silence on Violence Against Women, Bombers Tackle Bullying, and Hit the Books. Goossen also guest coached at several Blue Bombers Futures amateur football camps and volunteered with Athletes in Action.

“It is a true honour to receive this award,” says Goossen. “I am grateful to the organization and their staff who give me the opportunity to help out the community that has made me feel at home over these past three seasons.”

Ed Kotowich was a member of the Winnipeg Blue Bombers for seven seasons between 1955 and 1961. He played in three Grey Cups during that time (1958, 1959, and 1961) and earned individual recognition as a Western All-Star and as a recipient of the Tommy Lumsden Award as the Bombers’ outstanding Canadian Player.

After retiring as a player, Kotowich worked with the Winnipeg Rods as an offensive line coach and later with minor football programs at Winakwa and Windsor Park Community clubs. He also served as an alderman for the City of St. Boniface between 1968 and 1977 and worked on a number of community boards including the St. Boniface Parks Board, the St. Boniface Museum and the Knights of Columbus.