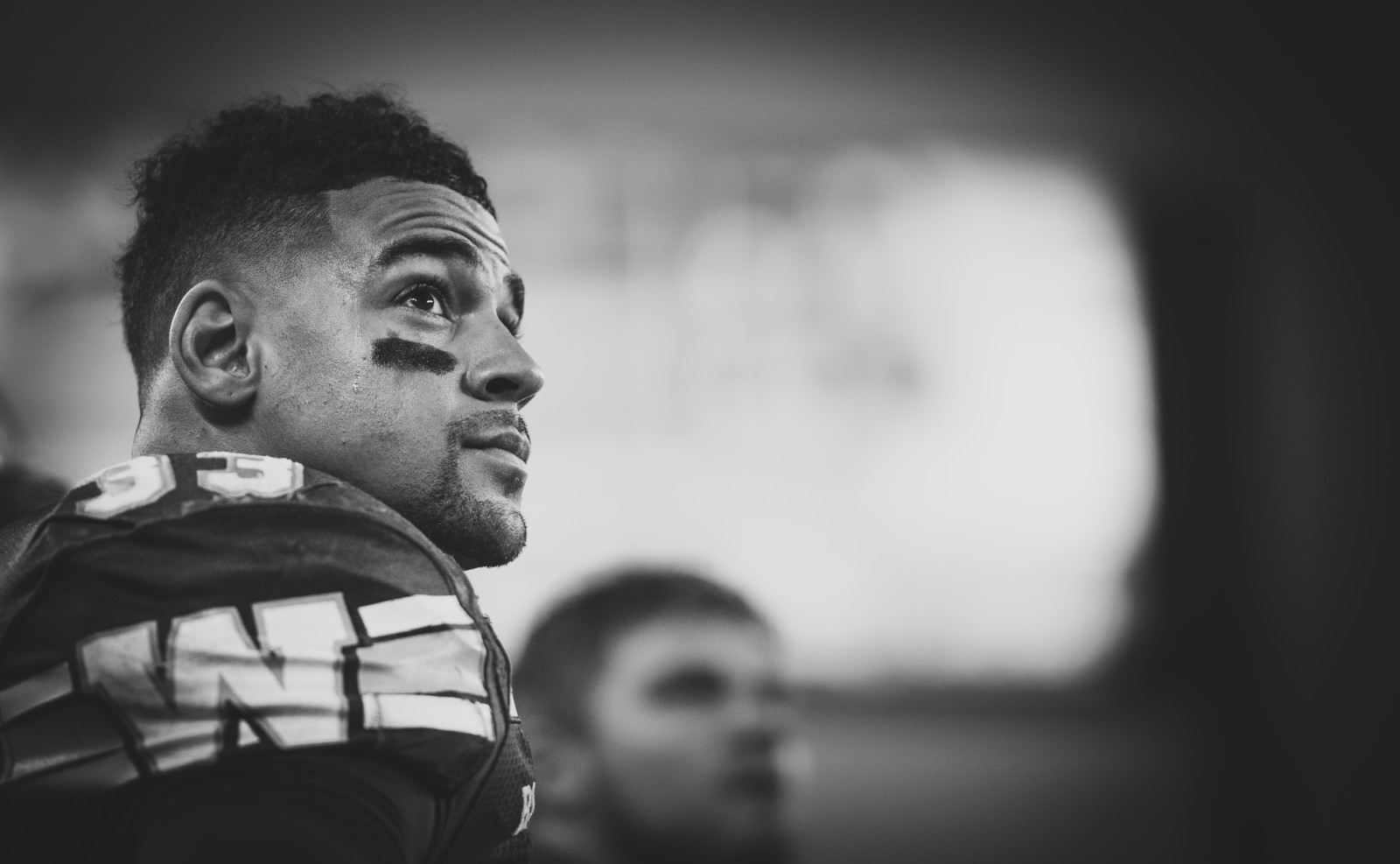 TORONTO (November 12, 2016) – On the eve of the 104th Grey Cup Playoffs, the Canadian Football League (CFL) unveiled the nine players nominated for the distinguished Jake Gaudaur Veterans’ Award. The nominees are chosen by their respective clubs and the recipient is chosen by a committee and honoured during the Shaw CFL Awards at Grey Cup Weekend. Running Back Andrew Harris is the Blue Bombers’ nominee.

The Jake Gaudaur Veteran’s Award has been awarded every year since 2010 to a Canadian CFL player who best demonstrates the attributes of Canada’s veterans: strength, perseverance, courage, comradeship and contribution to Canadian communities. The award recognizes Jake Gaudaur as he embodied these attributes as the CFL’s longest-standing Commissioner and distinguished Second World War Veteran.

Harris persevered for his football dreams as he worked full time while raising a child and playing junior football in Vancouver, and was invited to BC’s training camp where he worked his way up the ranks. He has organized social events to get closer to his new team in Winnipeg, and has also started a new charity initiative called Harris’ Heroes to host youth teams with game tickets and shirts, and spending time and mentoring youth. He also supports local football as a spectator and a mentor, as well as helping Winnipeg donate money to a local club who lost their equipment in a fire this past year.