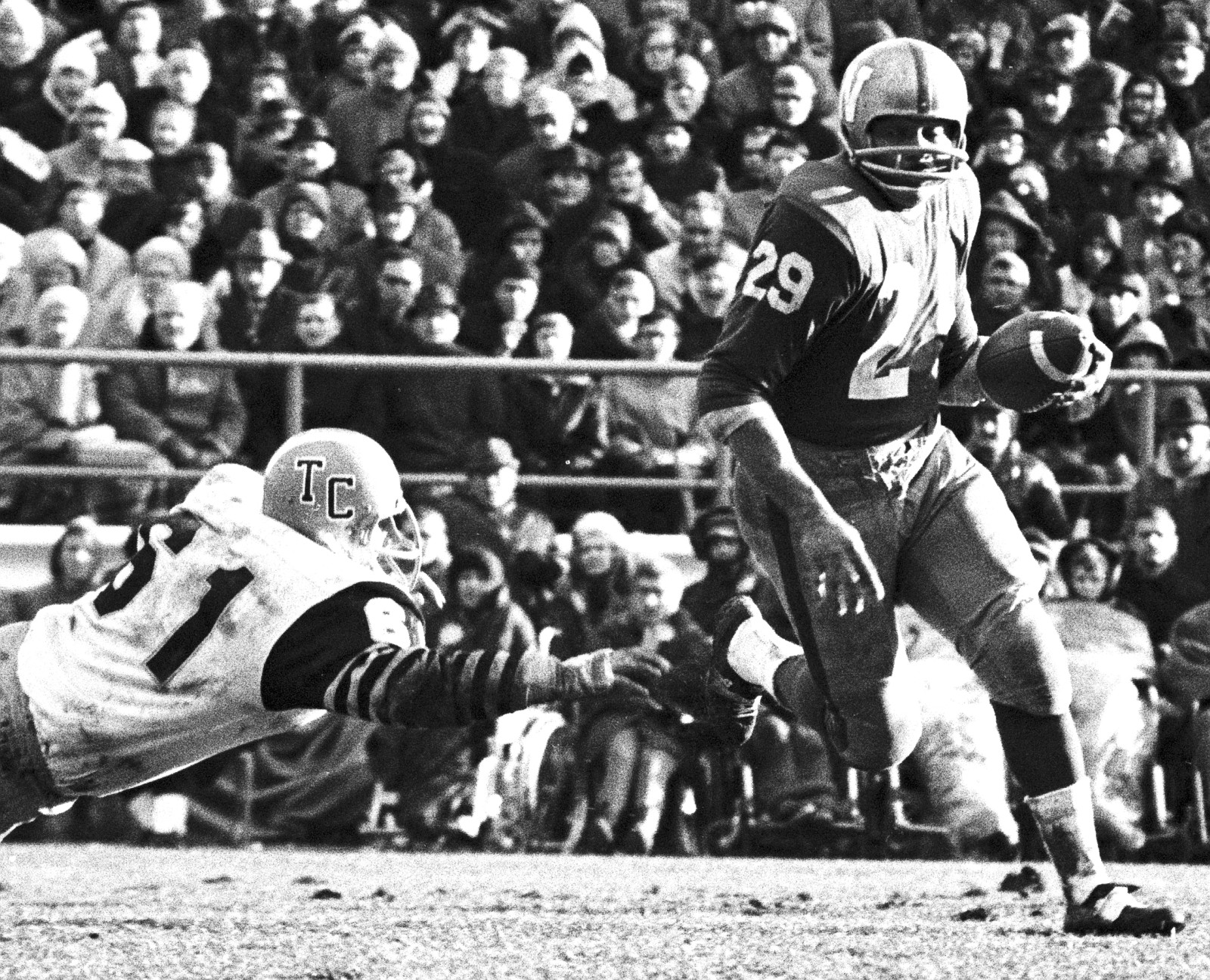 WINNIPEG, MB., Sept. 14, 2016 –   The Winnipeg Blue Bombers today announce Leo Lewis as the sixth inductee to the Ring of Honour presented by the Insurance Brokers of Manitoba (IBAM) at Investors Group Field.

Nicknamed the ‘Lincoln Locomotive’ during his college days at Lincoln University, Lewis played for the Bombers for 12 years from 1955-66, appearing in six Grey Cups during that time and winning four.

“Leo Lewis was a CFL West Division All-Star six times over his career and has been honoured at just about every level,” said President & CEO Wade Miller. “His inclusion into the Ring of Honour only made sense, and we are pleased to be able to add his name to the growing list of Bomber greats already inducted.”