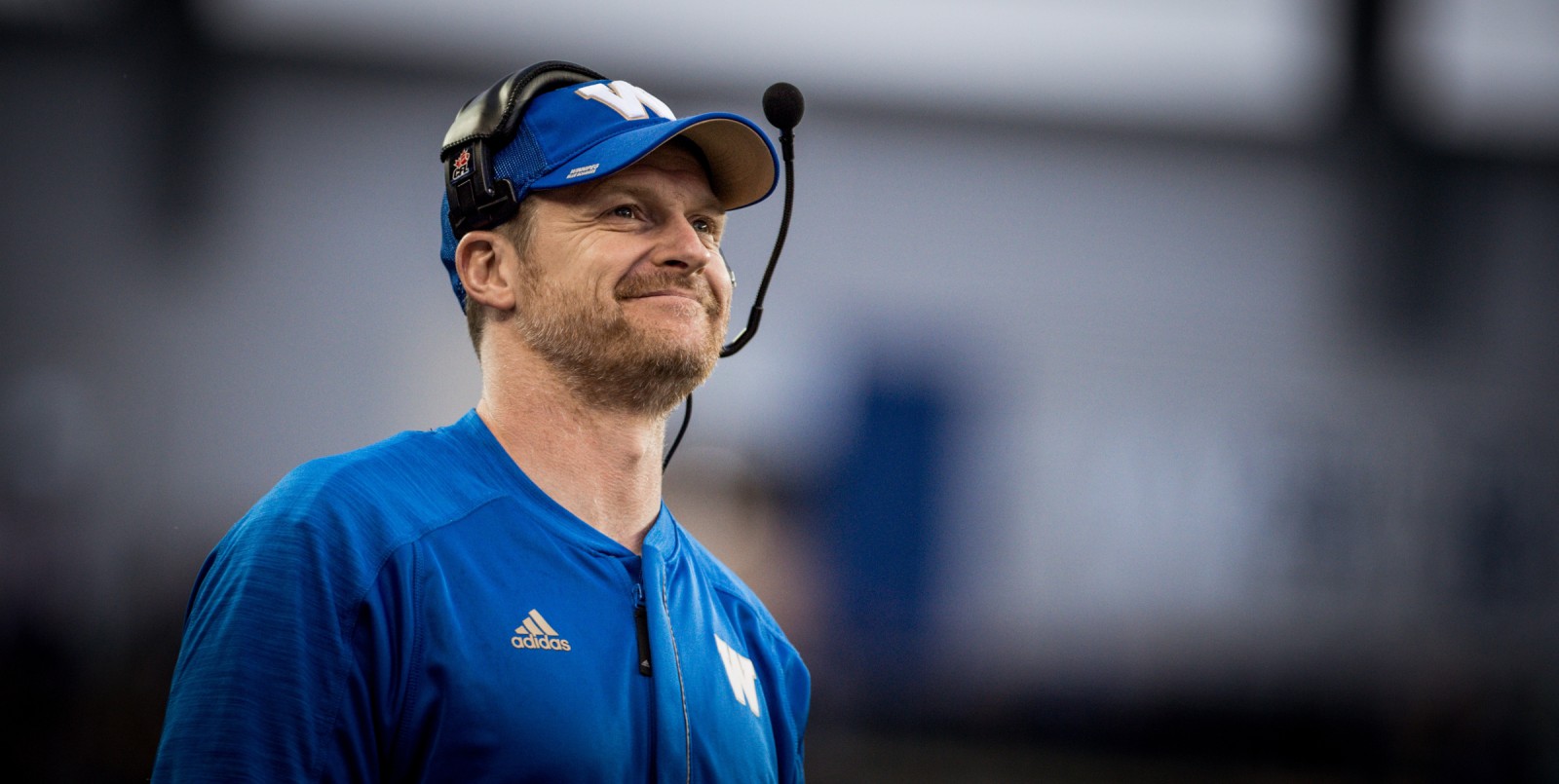 Four in a row.

From what I could see in the locker room after the game in Montreal, this train doesn’t look ready to stop anytime soon.

Four in a row is sweet, but you know what’s sweeter? Five in a row.

That said, we have a tough one next weekend in a very hostile building. More on Regina in a second.

Following media interviews post-game Friday night, the locker room cleared out pretty quickly. After all, we were in Montreal; a city with a lot to offer on a Friday night after a big win.

The visitors’ locker room at Percival-Molson Stadium is a bit unique in that it opens right onto the concourse, and is the only entrance and exit for the team arriving at the game, and leaving afterwards. This means that once again, there were many Bomber fans in attendance, and a small crowd had gathered outside the locker room to meet players as they headed for the bus.

After a while, they dispersed as the room cleared out, and not many people remained.

All had left but two Bomber fans, both wearing jerseys (one a Buck Pierce jersey). They hung around and waited… and waited… and stood by until finally, after all the players and almost all the coaches had left, a member of the equipment staff who was packing the bags up asked them who they were waiting for.

Coincidentally, Coach O’Shea was still in the coaches’ locker room in the back, going over the game with Coach Pierce. The equipment staff did not tell the fans he was still there, but he did go back and told Coach that there were two fans waiting for him, and if he had a second to come say hi. “I think they’d be really happy.”

Coach walked through the locker room and stepped out to greet the two fans. They spoke briefly about the game, thanked him immensely for coming out to meet them, and as they were about to head out, got an offer that – judging by their reaction – made their night.

“You guys got time for a beer?”

They walked through the locker room in complete shock and excitement, hardly believing their luck as they followed Coach O’Shea to the coaches’ room, where Buck still sat.

“Are you kidding me,” one of them exclaimed in excitement.

For an hour, the four talked about the game but mainly about much more important matters – like the fact that both fans had served two tours in Afghanistan, something Coach holds very close to his heart (his father served in World War II). They had a couple of beers, and when Coach O’Shea finally arrived at the team’s post-game gathering at a restaurant near the hotel, I mentioned he had spent a long time with the fans, something I’m sure they appreciated.

“It’s us who should be appreciating them,” he replied, referencing their time devoted to our country.

While this gesture meant the world to those two fans that were simply hoping to shake Coach O’Shea’s hand after a big win, sharing a beer and stories with men that have served our country meant just as much to him.

We’re hoping to see a lot of Bomber fans in Regina next weekend – the last Labour Day Classic at Mosaic Stadium. It feels like forever since our last home game, but we’re finally back at Investors Group Field for the Banjo Bowl in two weeks, and there are still a few tickets available. Next weekend will be a tough one, as Coach mentioned on the bus yesterday morning to the airport.

Have a safe trip out to Regina, and go Bombers.