BLOG: Far From Over 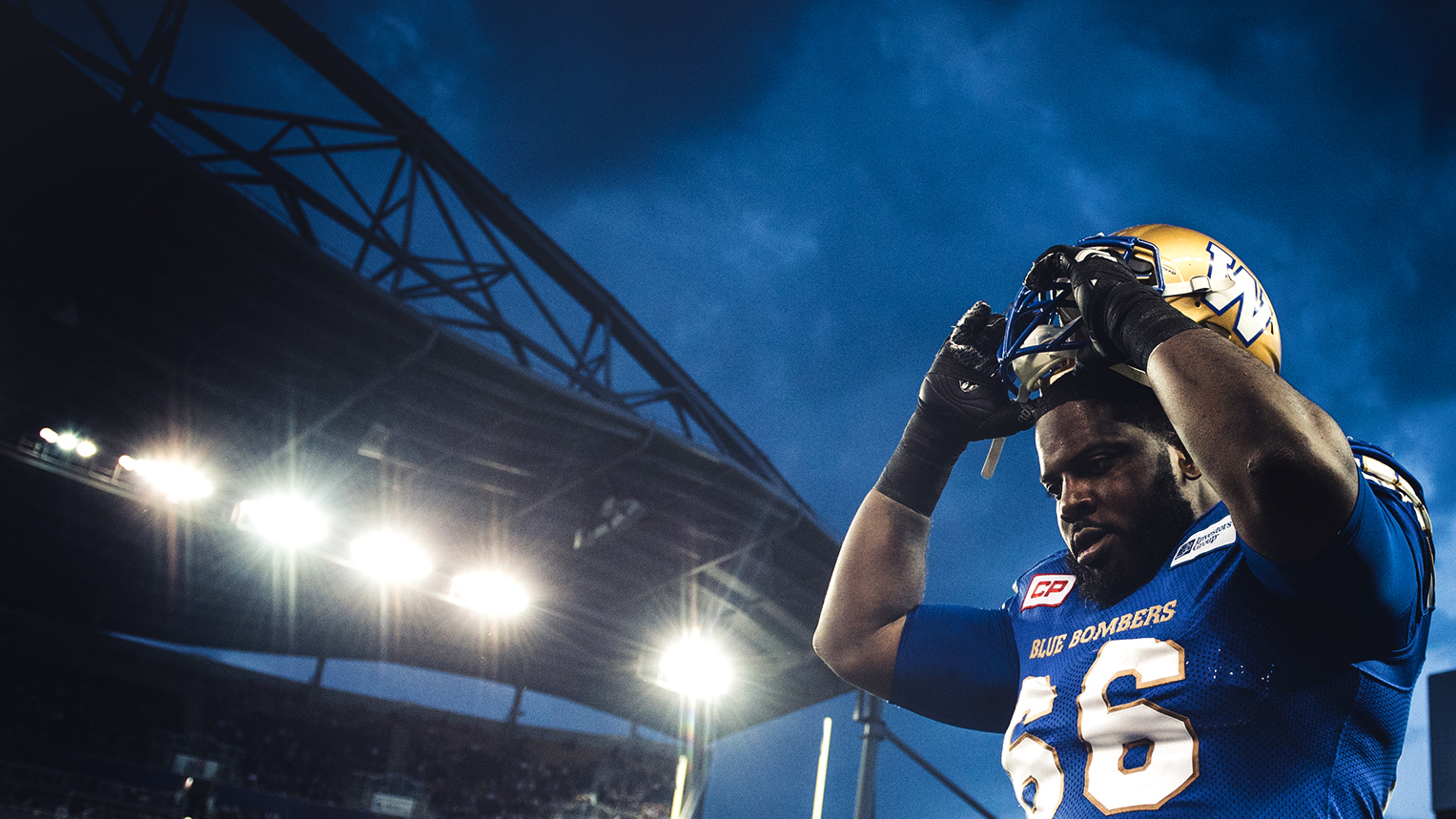 BLOG: Far From Over

Stanley Bryant (66) of the Winnipeg Blue Bombers during the game against the Montreal Alouettes at Investors Group Field in Winnipeg, MB. on Friday, June 24, 2016. (Photo: Johany Jutras)

Well, the first two weeks sure have not gone the way we had thought they would.

The week one loss appeared to be just a blip; an ill-timed performance after such build up to the season. It was disappointing to say the least.

But the other night in Calgary… at one point, I looked over at the scoreboard (they run the live stats in Calgary), and it was all extremely lopsided in the Stamps’ favour, obviously. I walked over to Head Athletic Therapist Al Couture and said, “I honestly cannot believe this.”

Later that night after the game had concluded at McMahon, I ran into a well-respected member of the Stamps organization whom I’ve known for years, he could tell by the look on my face how bothered and concerned we all were. “Darren, just have patience. I am very surprised at how this game went tonight, but it’s a marathon season. Nobody wins **** in weeks one and two.”

It was interesting to hear that, because though it is without question what we believe internally, for the great fans of this organization that have seen so many losing years in a row, asking for patience again and again as we wait for the team to come together grows old on people.

Hell, I get it. I’ve also been through the worst years of this franchise and so have you, and yes I am pissed off after the first two weeks. But am I concerned the season is shot like I have been (and as it often turned out to be the case) in other years past?

It may be impossible to see or understand since unlike most, I do have the advantage of seeing the inside track. But this is not the same type of situation.

We get the fans’ anguish and frustration – we really do. It’s an interesting position to be in though, and one that the organization must just deal with. Not many players on our current roster have been here long enough to be held responsible in any form for the drought we find ourselves in; only a few have been here for a handful of seasons at the most.

They haven’t sat there, year after year, like all of you. Yet you continued to be the loudest fans in the league, despite the struggles.

One rookie turned to me in shock during our home opener and said, “man, they’re booing in the second quarter of the first game?” Of course he doesn’t know or understand the longstanding loyalty of our fans through the years of struggles.

If you want the truth, from someone who has been through a lot of tough times over the years here, yes, Friday night made me want to smash something. We were all embarrassed and livid. Coach O’Shea was as angry as I’ve ever seen him, both in the locker room post-game, and with the media after addressing the team. The anger doesn’t just come from losing like we did, because we have had some ugly ones in that stadium over the years. The anger also comes from the fact that we are a better team than this. Truly. And that simply isn’t something I would have written coming out of McMahon Stadium many other times in recent memory.

The fans of this organization are what make playing, coaching, and working for the Blue Bombers the best in Canadian football. That’s the truth. And some of you will read this and simply not believe it, or not want to believe it. Regardless, we fight on, as we are only entering game three of an 18-game schedule.

There have been many teams across many different sports that have started a season off much worse than 0-2, only to make a long run to the postseason. The very team that beat us in the 2011 Grey Cup – the BC Lions – started 0-5. It’s a long season, where things are never as bad as they appear when you’re struggling, and never as good as they appear when winning.

I read a quote on the plane home yesterday, and wrote it down as I firmly believe it applies to our current situation. I’ll leave it to eleven-time Olympic medalist Matt Biondi:

Hang with us, Bomber faithful, it’s FAR from over.