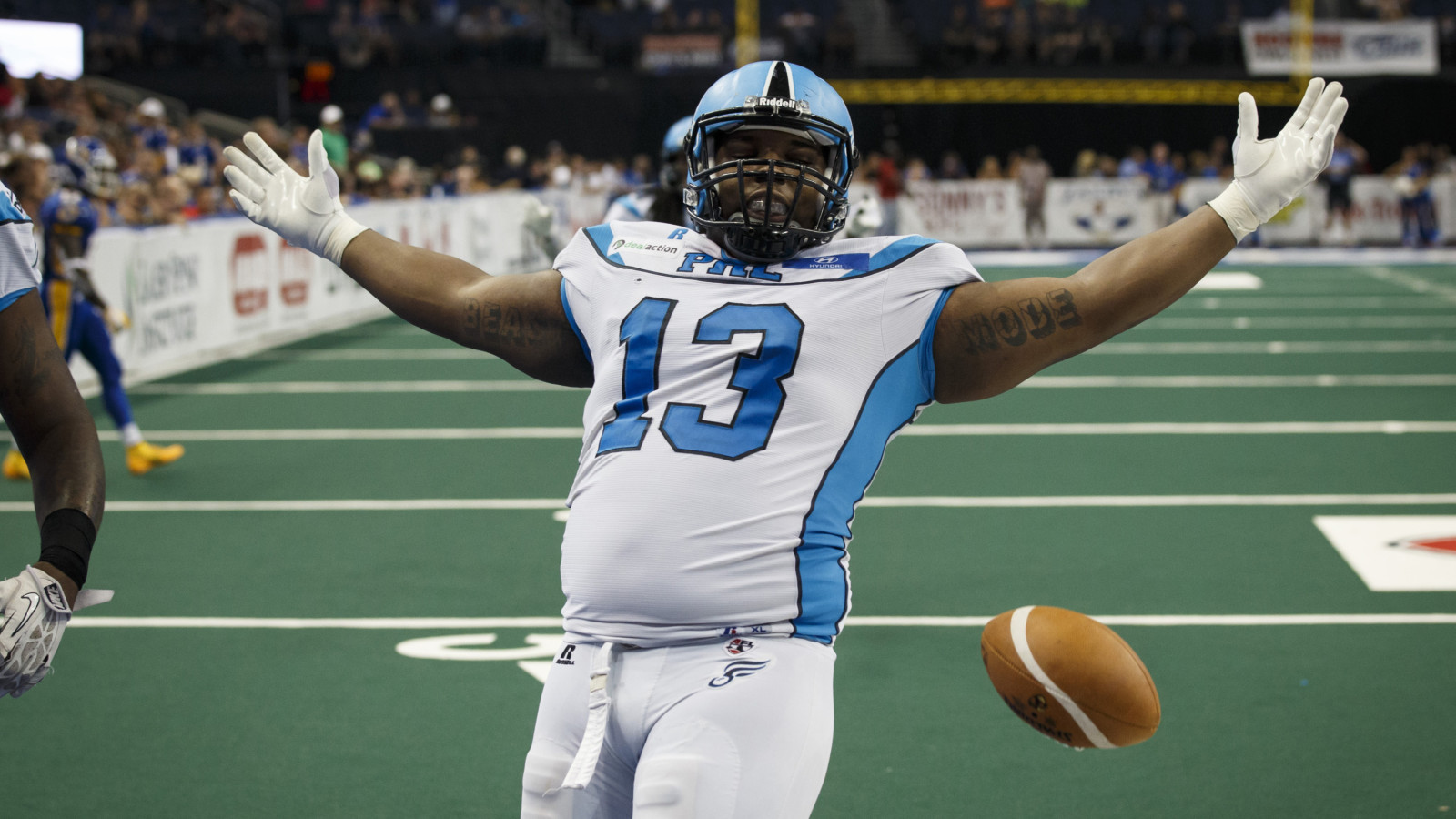 TAMPA, FL - MAY 23: Tampa Bay Storm play the Philadelphia Soul during their Arena Football Game at the Amalie Arena on May 23, 2015 in Tampa, Florida. (Photo by Scott Audette/Tampa Bay Storm)

P. Scott (6-0, 300, Florida A &M, January 8, 1990 in Tallahasse, FL) has spent the past two seasons with the Philadelphia Soul of the AFL. Scott played in 38 games and was a three-year starter at Florida A&M, after transferring from Stanford in 2008. He totaled 76 tackles, 14 tackles for loss, eight sacks, two forced fumbles, and one fumble recovery through his collegiate career. Following his career at Florida A &M, Scott signed as an undrafted free agent with the Arizona Cardinals in 2014.