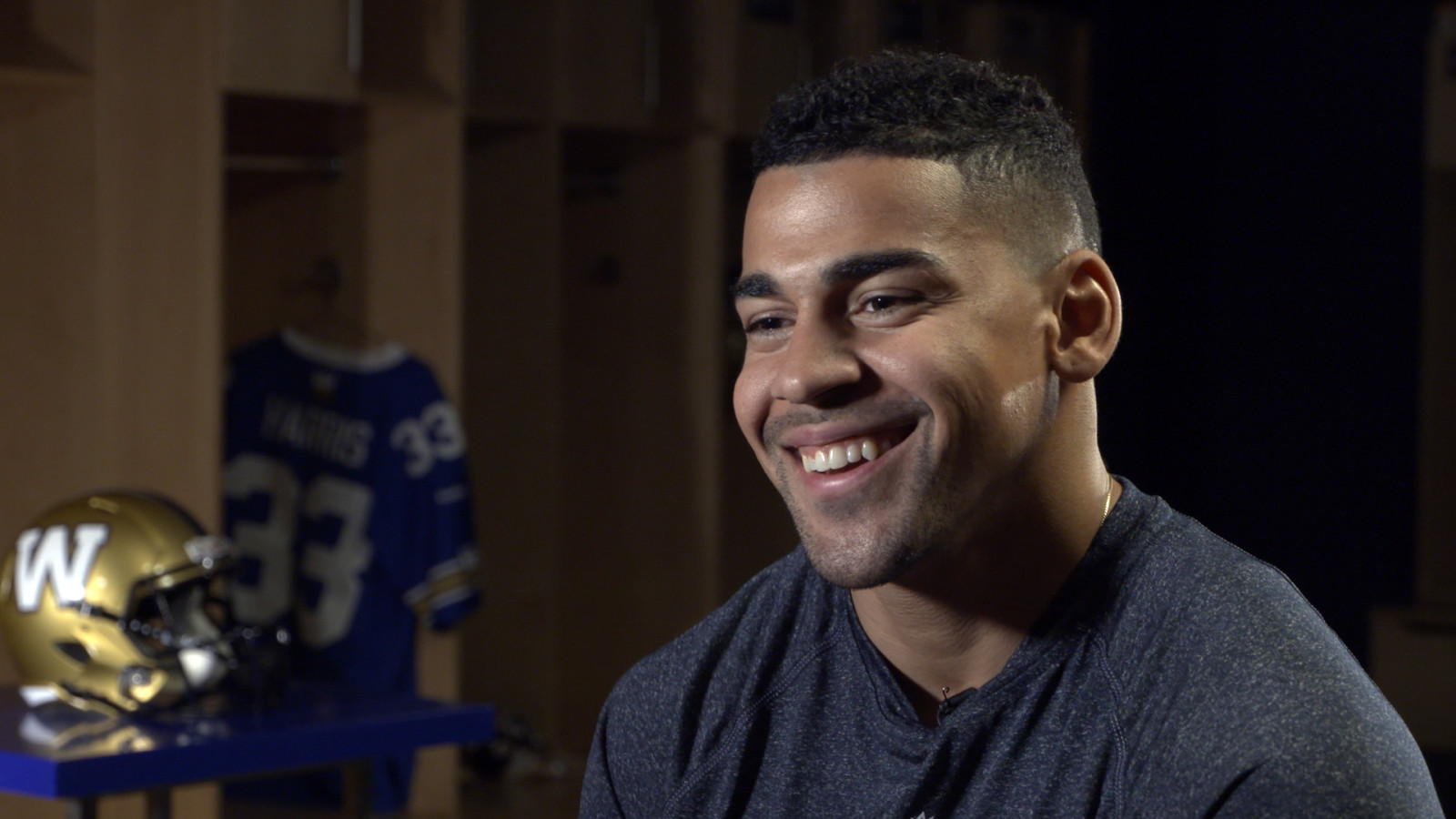 Nickname? Twizzy. When I was playing Junior, I was #20. The kicker made a comment one game “Harris is playing so well out there he’s flowing like water!” So it became H2O, then H2-Twizzy, Twizzler… I didn’t make it up.

Pet peeves? Dishonesty. People who are very arrogant and cocky.

Biggest phobia? I hate snakes, frogs, sharks… I’ve been living in Vancouver forever but I refuse to go in the ocean.

Last song that was stuck in your head? It’s still stuck in my head; Majid Jordan, Something About You.

Justin Bieber or Drake? The Weeknd

If there was a movie made about your life, what would it be called? Relentless

Who would play you? Will Smith

Call or text? Call. Texting is so overrated.

Celebrity Crush? Who’s hot right now? I’m not going to say Kendall Jenner or anything like that. That’s weak. I used to like Beyonce a lot but she’s changed.