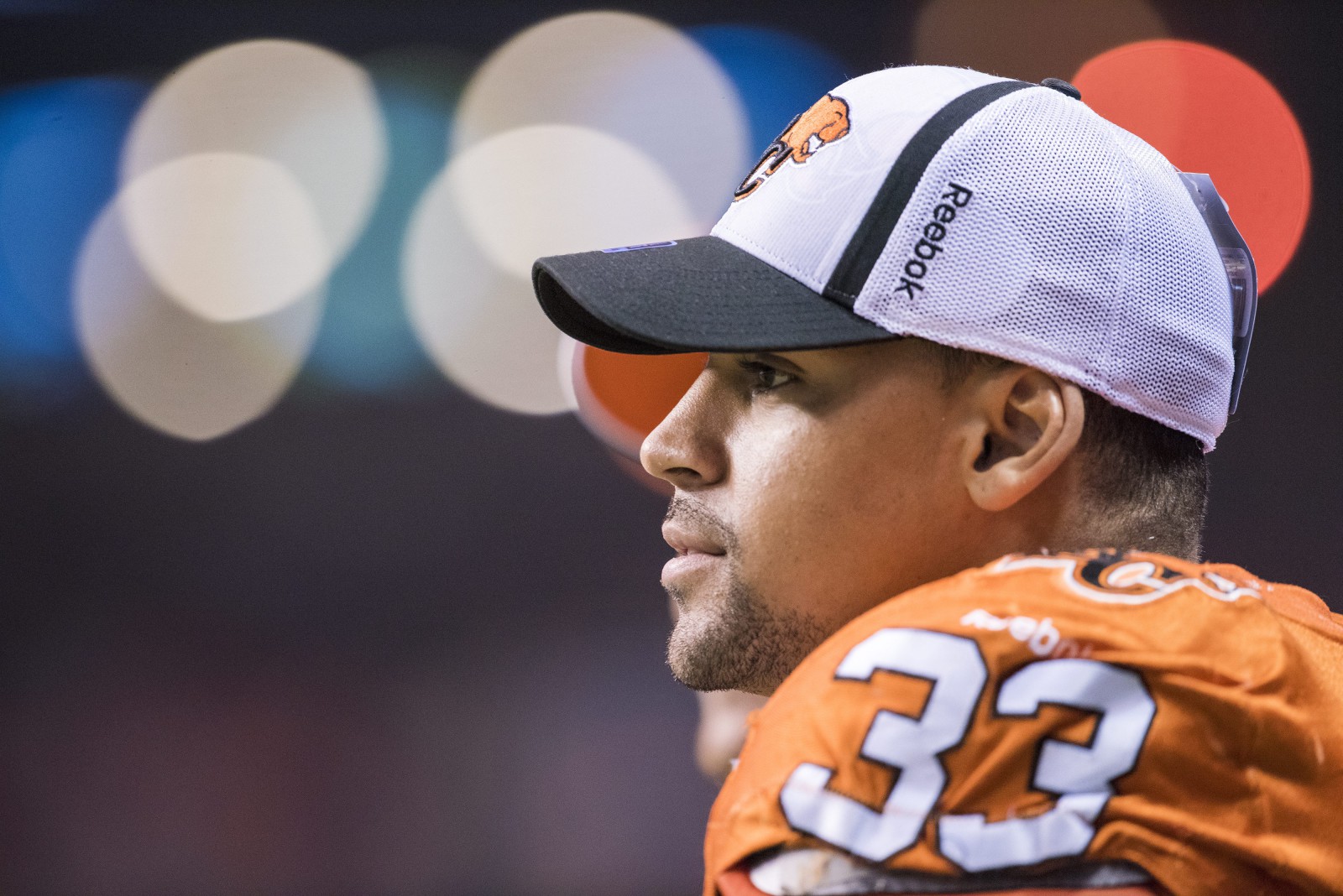 BC Lions running back Andrew Harris (33) watches the rest of the game from the sidelines during the second half of CFL action in Vancouver, B.C., on Saturday, November 7, 2015. (CFL PHOTO - Jimmy Jeong)

WINNIPEG, MB – The Winnipeg Blue Bombers today announce the club has inked six-year CFL veteran running back Andrew Harris. Harris joins Winnipeg after six seasons with B.C. where he has been one of the most productive players at his position throughout his career.

He played in all 18 regular season games for the Lions last season, and finished first in the CFL in yards from scrimmage, rushing for 1,039, while tallying 484 through the air, compiling nine total touchdowns. His 1,039 yards on the ground was second in the CFL last season.

Harris is one of only three Canadian born running backs of all-time to lead the league in yards from scrimmage (1,523 in 2015 and 1,830 in 2012), and has missed only six games in the past five seasons.