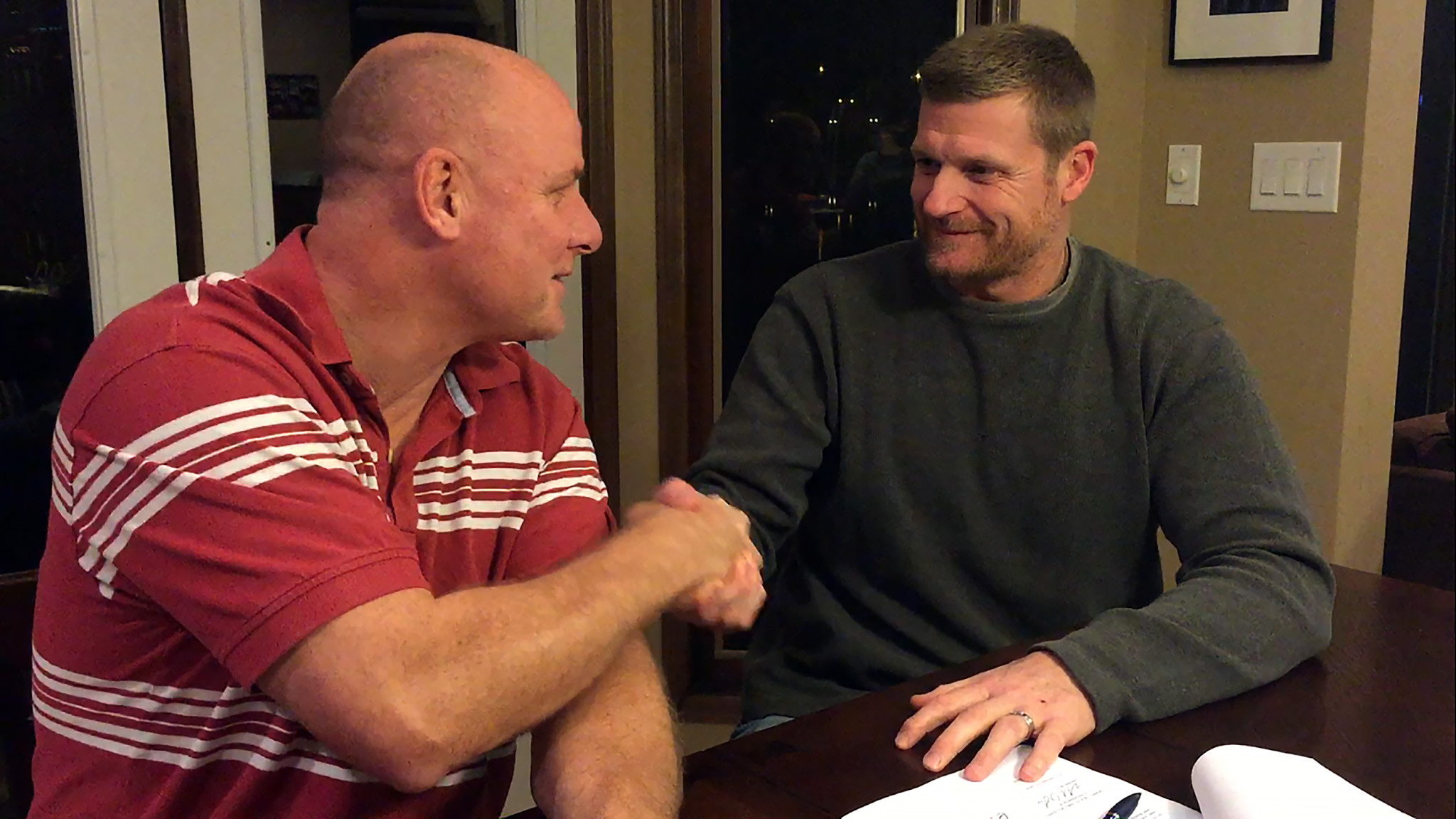 It was Friday, December 4, and Paul LaPolice arrived at Investors Group Field shortly before his scheduled 9:00 a.m. meeting. It had been a late night the night before, as General Manager Kyle Walters and Head Coach Mike O’Shea had flown home from interviewing an Offensive Coordinator candidate in another city.

Paul came down to the bowels of the stadium, where even a regular staff member can get lost. Wearing dress pants and a dress shirt, and armed with a book full of years of accumulated football knowledge, he didn’t come in expecting to be handed anything.  He came in to win the job as the team’s Offensive Coordinator. For hours, well into the afternoon, the trio talked football, watched film, went through the things Paul wanted to implement. He didn’t present it as ‘this is what was wrong’, but rather ‘this is what we would be doing in 2016’.

Mike and Paul talked football, and Kyle discussed specifics regarding contract issues and the administrative side of things. Around 11:30 a.m., while the three were still mid-discussion, I received a text from Kyle, brief, but to the point: “LaPo is really good” it read. They had met and spoken with many other candidates prior to meeting with Paul but this was the first time either had expressed genuine excitement.

That Friday meeting ended around 3:30 p.m., and the decision from Coach O’Shea came without hesitation. He wanted Paul LaPolice to be our Offensive Coordinator.

But it wasn’t going to be that simple. Paul had other teams interested in his services as well, including a scheduled visit the following week. Paul and I worked together for over two seasons when he was the Head Coach of the Blue Bombers and we still have a great relationship. Upon hearing how well his meeting had gone, I called him late Friday afternoon and nagged him to make the ‘right’ decision and come here. We were speaking as friends, and he assured me that ultimately whatever was best for him and his family would settle his decision. Quarterback Drew Willy sent Paul a text on Friday as well, telling him how much he wanted to work with him. Drew told me later that night, “I don’t want to say too much or think about it too much, and get my hopes up just yet.”

Throughout the weekend we didn’t have much communication, but on Monday morning the decision was made that instead waiting on Paul’s later meetings, we would try to make him an offer that would keep him from even wanting to get on an airplane later in the week. Sure enough, Paul and his camp were thinking the same thing, and within a few hours, an agreement had been struck.

You may have seen how the club announced the news, with a 19 second video on social media that was shot at Paul’s kitchen table around 6:00 p.m. Monday night. For those who haven’t seen it, here it is:

Once Paul had the contract in his hands, it was a matter of time before the news broke. In an attempt to get the moment on camera to announce the news, I called Paul while we were already on our way over to inform him we’d be meeting him at home. We arrived moments after Mike, who was headed over to pick up the signed contract, and announced the news as Paul’s wife Tina was about to serve dinner to their family. With all the movement and changes in coaching staffs over the past few weeks, this was a big addition and a big win for our organization.

With the re-signing of Jace Daniels this week, we now have 11 pending free agents. One of those free agents is quarterback Matt Nichols.  Talks with Matt are ongoing, and we’ll see how that plays out. Plans for the early February free agency deadline are well underway, and you can expect the organization to target many different areas, including receiver and defensive line. I asked Kyle to summarize in one word his plans for this year’s free agency. He wrote back “aggressive”. Should be an exciting offseason.

Make sure you join us at Investors Group Field in 2016!  Renew or purchase Blue Bomber Season Tickets right here – http://www.bluebombers.com/tickets/.

On behalf of our entire organization, I’d like to wish you a happy holiday season. Stay safe, and talk to you soon.